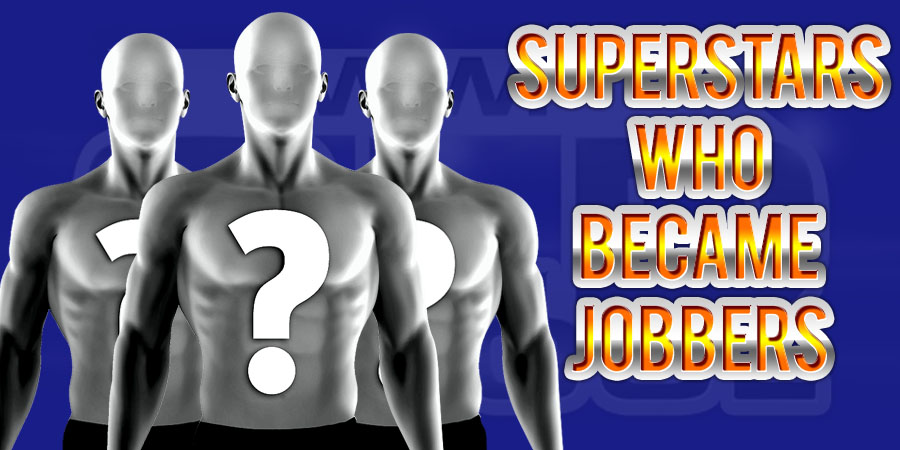 Everybody remembers Jobbers who eventually ended up becoming Superstars, but for some it actually went the other way around.

Once Superstars who regularly won on TV, squashing jobbers, but at a later point in time they became jobbers themselves. We have listed 10 of them for you:

Tony Garea was a WWF Superstar and won the WWWF/WWF Tag Team Championship 5 times with 4 different partners between 1973 and 1981.

He basically became a Jobber to the Stars in 1983 and that didn’t change until he retired from active competition in 1989.

Jim Brunzell was a Superstar in the AWA where he was one half of the famous tag team ‘The High Flyers’ with Greg Gagne during the 70s & early 80s.

In mid-1985, he joined the WWF where he became one half of a tag team called ‘The Killer Bees’.

Despite not winning the WWF Tag Team Titles, they were still considered mid-card Superstars during their 1985-1988 run.

When Brian Blair left in late 1988, Jim Brunzell became a Jobber to the Stars and kept that role until he was let go in the spring of 1993.

Tanaka was originally known as an AWA Superstar, one half of the Tag Team ‘The Badd Company’, but joined the WWF in early 1990 where he became one half of ‘The Orient Express’, managed by Mr. Fuji.

Despite being a lower mid-card Tag Team, they were still considered Superstars and were booked on quite a few PPVs.

After losing to The New Foundation at the 1992 Royal Rumble PPV, the team disbanded and Tanaka was kept around as an occasional Jobber to the Stars, before he was let go in 1993.

After wrestling all over the country for 3 years, he then signed with WCW in 1996, where he was used as a Jobber until he left the company in early 1998.