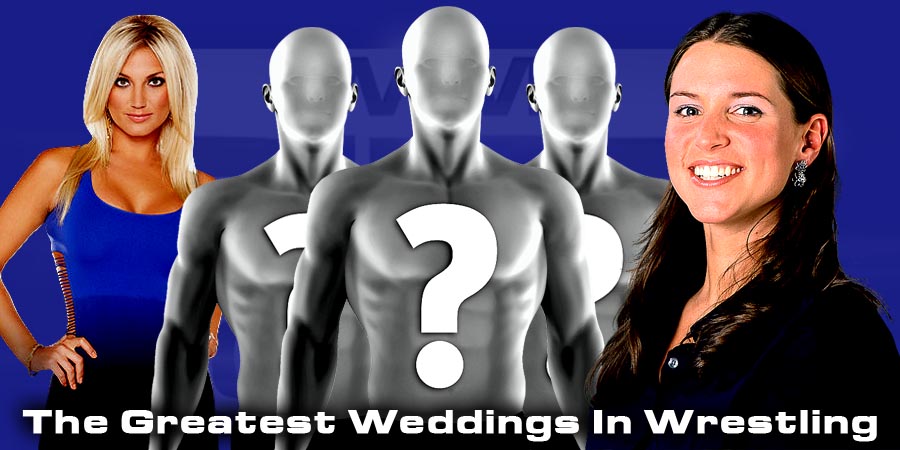 Do you remember any Weddings on Pro-Wrestling TV or PPV?

This only includes televised weddings that were used within a typical professional Wrestling storyline, so we have listed the very best ones for you:

TNA General Manager hated the idea of his daughter Brooke Hogan, who was in charge of the TNA Knockout Division at that point, getting married to Bully Ray (WWF’s & ECW’s Bubba Ray Dudley), whom she was secretly (kayfabe) dating for a while on TNA iMPACT Wrestling TV.

But when Ray saved The Hulkster from being kidnapped by the evil Aces & Eights stable, Hogan changed his mind and agreed to the wedding.

The wedding aired on the January 17, 2013 episode of iMPACT Wrestling, but Bully Ray’s groomsman Tazz turned heel, joined Aces & Eights and had the rest of the stable interfere and attack everyone in their way.

Little did anyone know, that Bully Ray was in on it and 2 months later at TNA LockDown 2013 was revealed as the president of Aces & Eights.