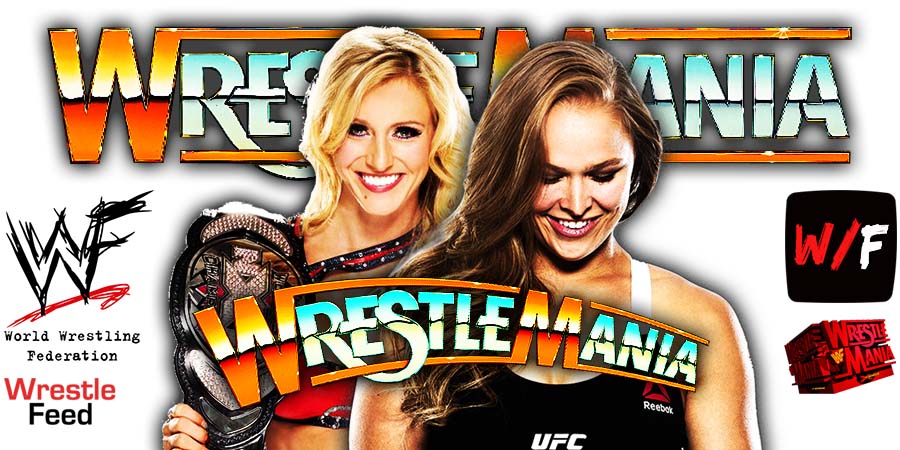 During the ending moments of the match, Charlotte accidentally knocked out the referee after being pushed by Ronda. Ronda then made Flair tap out to the Armbar, but the referee wasn’t looking.

“The Greatest Women’s Wrestling Match I’ve Ever Seen! So Real & Authentic! Thank You @RondaRousey & @MsCharlotteWWE For Changing The Game! WOOOOO!”

Some fans were confused and were thinking if Ric wanted to say this about the Becky Lynch vs. Bianca Belair match, as that was one of the best women’s matches in WrestleMania history, but that wasn’t the case, and Ric was praising his daughter and Rousey.

Ric also congratulated Bianca on winning the RAW Women’s Title and Cody Rhodes for returning to WWE with a big win:

“Congratulations @BiancaBelairWWE! You Deserve This & More!”

NFL Legend Russ Francis became famous as a Tight end for the New England Patriots and later even won the 1985 Super Bowl with the San Francisco 49ers.

In 1986, Francis was an official entrant in the 20-man “NFL vs. WWF” battle royal at WrestleMania 2 and later he also wrestled a match for Verne Gagne’s American Wrestling Association.

His father Ed Francis used to be a professional wrestler and was also a well known wrestling promoter Hawaii.