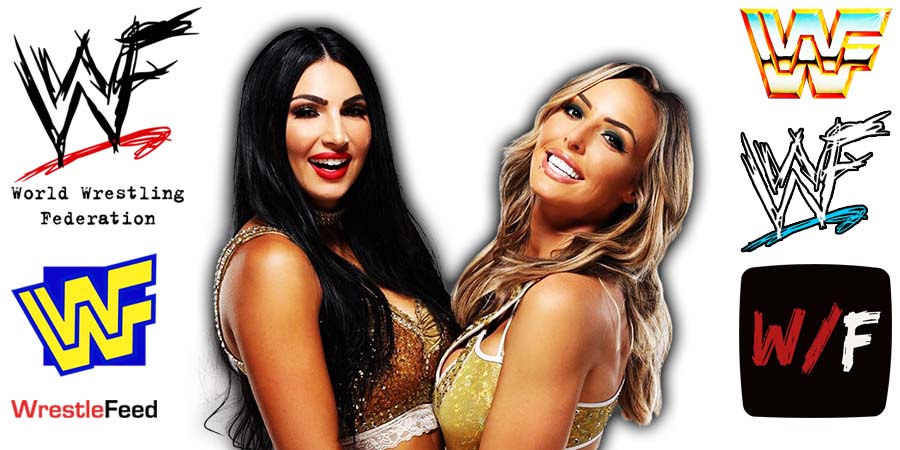 • The IInspiration (fka The IIconics) Were Inspired By A TNA Faction

Here’s what they said:

“It was actually The Beautiful People. I’m going back in the day, I used to watch it on YouTube because the internet wasn’t that big back then.

As a teenager, that was pretty cool to see, because they were these sexy, beautiful women with these incredible bodies, but they’re also so different as well. They each had their own individuality, and they could kick your a$$ in the ring.

So that was probably the earliest memory where I was like, ‘Oh, wow, this is, — I want to do that. I want to be like that because that’s a strong woman right there’. So absolutely. I have to say their entrance is the first memory that I really kind of go back to.

It’s actually the exact same and exactly what Jess just said. So I’m just gonna repeat her. But I like that, being able to be a feminine and beautiful woman and still be really strong and independent.

That is, and pun intended, that is super inspiring to me.”

Also Read: “That might have been the worst decision that I made” – Peyton Royce On Breaking Up The IIconics In WWE