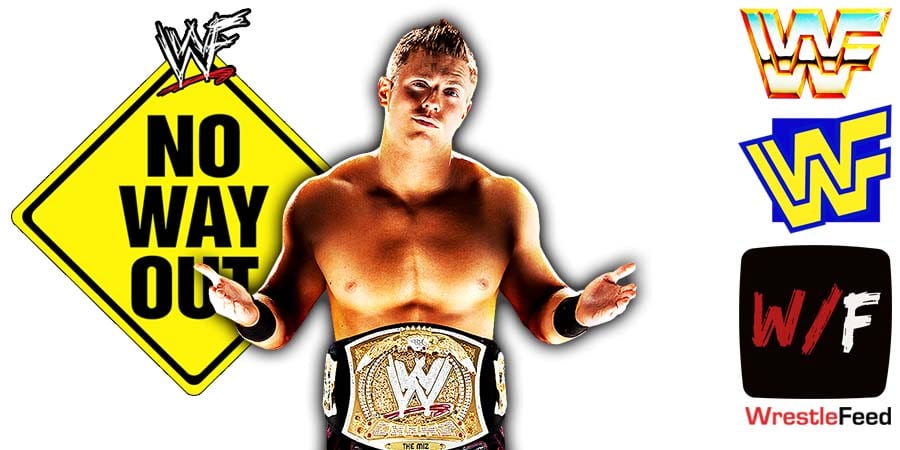 It was broadcasted from the Georgia Dome in Atlanta, Georgia and featured matches, interviews & storyline segments on the road to the ‘WWF No Way Out 2000’ PPV.

In a backstage interview after his huge win, Miz mocked the fans who are upset at his Title win.

Miz then recalled his 2010 WWE Title and the “Angry Miz” girl. Miz said he wishes there are millions of Angry Miz girls crying right now hoping Drew McIntyre was still their WWE Champion.

Miz said he’s a master strategist and is content being awesome.

Miz ended the promo by seeing he’ll see everyone at WrestleMania, or Monday Night RAW, as he’s the champ now and does whatever he wants.

You can watch his photoshoot as the new WWE Champion below: