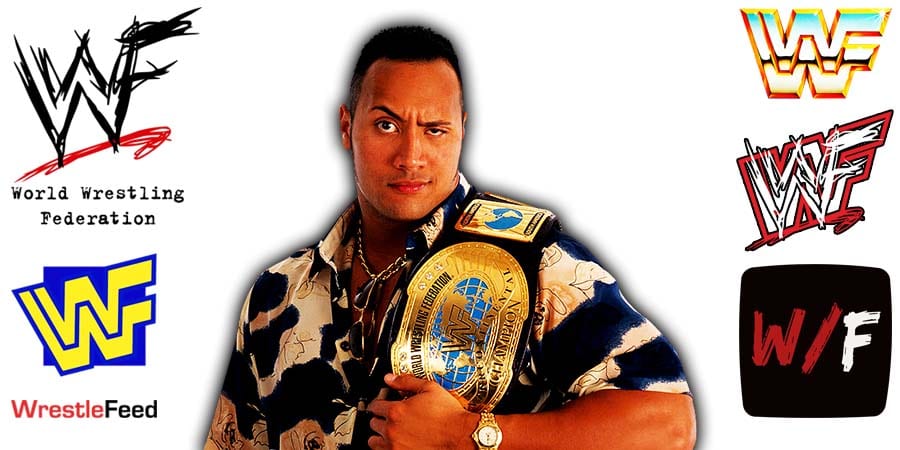 • The Rock On What He’d Like To Be Remembered By

Not only is The Rock one of the greatest superstars in the history of pro-wrestling, he’s also the #1 actor in Hollywood right now.

During a recent interview with Vanity Fair, Dwayne Johnson was asked what he would like to be remembered by.

Here’s what The Great One said:

“If people could remember one thing about me, it would be whatever I loved, and whoever I loved, I loved with great fiery passion.

Also Read: “There’s no delusion here” – The Rock On Rumors Of Him Potentially Running For President In The Future