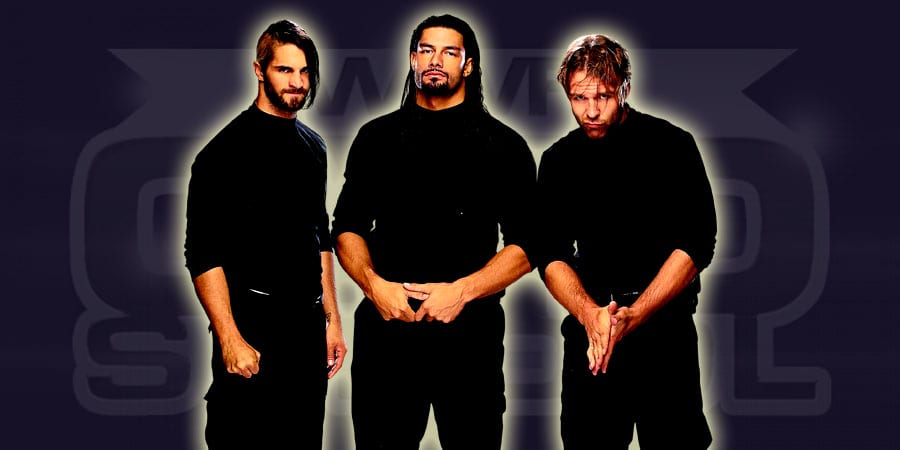 According to the Wrestling Observer, Dean Ambrose, Seth Rollins and Roman Reigns are set to re-unite & reform the Shield, possibly at SummerSlam 2015.

Dave Meltzer noted that all 3 former Shield members might work SummerSlam 2015 as babyfaces. This means that Seth Rollins is going to turn babyface soon.

There were reports last month stating that Rollins is in line for a babyface turn and might face Triple H at SummerSlam 2015. It looks like WWE is building towards that plan. This is probably the reason why Seth Rollins started using Triple H’s “pedigree” as his new finisher. If WWE is building towards at Seth Rollins vs. Triple H match, it might not be for the WWE World Heavyweight Championship. We’ll get to know more on this after tonight’s Battleground pay-per-view.

As we all know, The Shield reunited for a minute or so at the Payback PPV during the Fatal-4 Way WWE World Title match between Roman Reigns, Dean Ambrose, Seth Rollins and Randy Orton. The trio beat down Orton and powerbombed him throught the announce table. But soon Reigns and Ambrose turned their attention towards Rollins and beat him down.

According to the current betting odds, Brock Lesnar is favored to defeat Seth Rollins tonight at Battleground PPV and become the new WWE World Heavyweight Champion.

Below is a promo for “Brock Lesnar vs. Seth Rollins: The Road to Battleground” that aired on SmackDown: