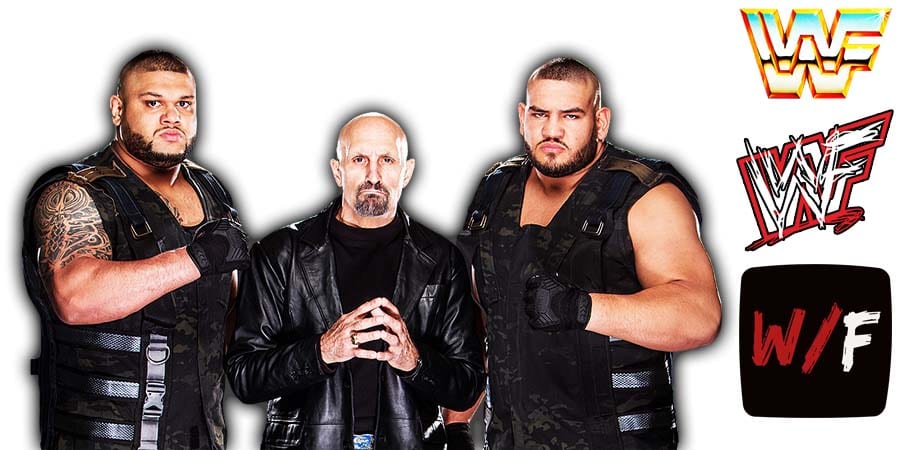 As we reported earlier, the debut event of Wrestling Entertainment Series (WES), which is a new wrestling promotion started by former WWE RAW Tag Team Champions The Authors Of Pain, has been cancelled.

“Unfortunately we will have to cancel the event scheduled for this Saturday at the Motorpoint Arena in Nottingham, England.

We are deeply disappointed in the news that we have to share but with so many talent not showing up we will have no choice then to cancel the event.

Our team worked so hard on this event day in and day out for the fans to come with a different type of wrestling event and believe that we still will be able to show that in the near future.

We do want to say that all our talent that was scheduled have been paid in full and that Lina Fanene was paid, her deposit as well while she changed her mind and did not want to show up and wrestle anymore.

For now we will have to apologize for this, but we promise that it will not end here.

Everyone who purchased a ticket or pre ordered the PPV will be refunded in full.”

Multiple former WWE stars were scheduled to work this event and they ripped WES for blaming the talent for the cancelation of their event.

You can read some tweets below:

Matthew Rehwoldt (fka Aiden English in WWE): Talent ‘not showing up’. What a laugh…

Chelsea Green: Instead of blaming the talent who took weeks off to come work for your NEW company under the impression you could be trusted…try refunding the fans & apologizing for your lack of organization.

Braun Strowman: Straight garbage to try and blame talent not showing up. I’m not a stooge but the truth will come out.

Former WWE Referee Scott Armstrong then showed some support for the new promotion:

“It’s tough for new promotions to get started at the level I know this team is attempting to do. I know a number of people involved in this show worked tirelessly to make it happen…like I said, it’s tough…hold your heads up guys…it’ll happen!”

“What about the people involved who worked hard behind the scenes lining up travel, hotels, making arrangements, that weren’t involved at all with the final decision of not running? That’s who I was referring to…guess I should’ve made that more clear…My bad!”

Former WWE Wrestler Mojo Rawley was scheduled to wrestle at this event and he tweeted:

“Unfortunate to see the cancellation of WES. I was very excited to step back in the ring, and HYPED to battle with Damo. I really feel for all the fans who had interest in the talent on this show.

To anyone that bought a ticket, I will be doing a FREE meet and greet this Sunday so we can all have a great time regardless and STAY HYPED. For those that didn’t buy a ticket to WES and come to the M&G, 100% of that money will go to pay the UK local talent that were supposed to be on the show as I have learned they have not yet been paid. More info to come on that.

Until then, I guess a week long vacation in England with my beautiful fiancée isn’t the worst thing ever!”

It was pre-taped at the Wachovia Center in Philadelphia, Pennsylvania and featured matches, interviews & storyline segments on the road to the ‘The Great American Bash 2006’ PPV.

The Great Khali vs. Tatanka