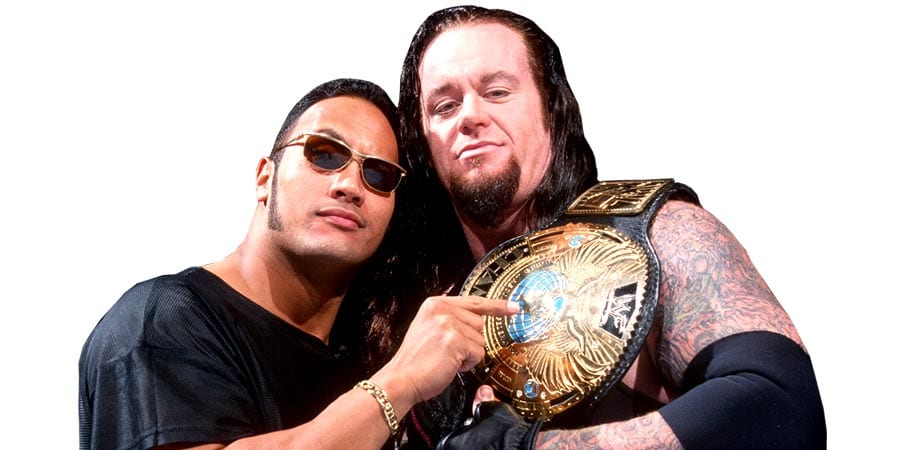 • The Undertaker Comments On The Rock Potentially Running For US President

During a recent interview for USA Today, Old School WWF Legend “The Rock” Dwayne Johnson was asked if he’s still considering running for President of the United States (like he mentioned a few years ago).

Here’s what The Great One said:

“I would consider a presidential run in the future if that’s what the people wanted, truly I mean that, and I’m not flippant in any way with my answer.

That would be up to the people…so I would wait, and I would listen. I would have my finger on the pulse, my ear to the ground.”

The Undertaker was asked about The Rock possibly running for the US President one day during a recent interview with TMZ Sports.

“I tell you what about Rock, man, what a success story he is, and not given to him.

That man works his tail off and he dives in wholeheartedly into everything that he does, and if he gets his mindset that he wants to make a run at politics, you know what — I think he’ll do it.

I don’t know where he sits on a lot of his policies, but I know he has the will and the determination to do something, he usually does it.”

Taker was then asked if The Rock could unite the people in a divided country and Taker said:

“On that part alone, if he could do that it would be a success. He’s so charming and so witty, I think he could be the ‘uniter’ that people are looking for.”

Taker then joked that maybe all Rock needs to do is raise the eyebrow or do the People’s Elbow.

In the end, Undertaker said Rock will have his support if he runs for President:

“If that’s what he chooses to do, I’ll support him wholeheartedly in his efforts to do so.”

Also Read: The Undertaker On Why He Didn’t Do More Make-A-Wish Events