Old School WWF Legend The Undertaker, who recently retired from professional wrestling at the end of last year’s WWE Survivor Series PPV, talked to TMZ Sports to promote a great charity contest, where people who donate to the Make-A-Wish foundation get entries/chances to win a trip to Orlando, Florida, including a WWE Performance Center tour with The Deadman himself.

The more you donate, the more chances of winning you get. 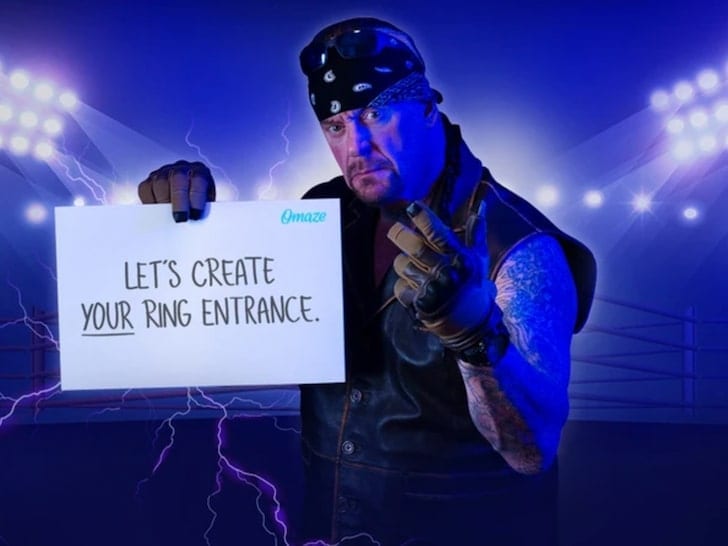 Here’s what The Undertaker said about the contest:

So they’re gonna get to pick my mind, pick my brain, ya know, I know a little about entrances!

We’ll sit there and formulate their own personal WWE ring entrance and then they’ll get to do that entrance.

When you get to interact with these children and you know what they’re going through, and man, to see the smiles on their faces!? Not to sound cliché but I tell you what, it will put you on point because it makes you realize how blessed you are and it’s just a thrill.

It really has been one of the highlights in my career working with Make-A-Wish.”

During his 1990-2020 WWF/E career, Mark Calaway met 40 Make-A-Wish kids, but said he would have been happy do have done more “if it hadn’t been for the character”.

You can watch Undertaker fulfilling a kid’s wish to meet him below:

Also Read: “We are real savages, not pretend ones. He should watch out” – Riddle Fires Back At The Undertaker

• On This Day In Pro Wrestling History (February 21, 2017) – Former WWF Jobber Passed Away

On this day in 1989, we lost Old School WWF Enhancement Talent Johnny K-9 (Real name: Ion William Croitoru) at the age of 53 with the cause of death still being unknown.