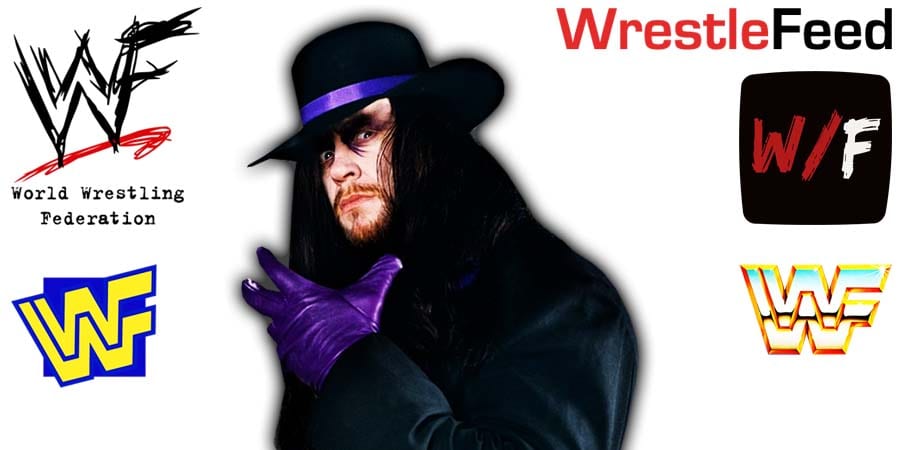 As we noted before, The Undertaker won 3 Slammy Awards this year. You can check the awards that he won below:

– WWE Network Documentary Of The Year: The Last Ride

– Moment Of The Year: The Undertaker’s Final Farewell

While accepting the Slammy award for Moment Of The Year, Undertaker confirmed that his appearance at Survivor Series 2020 was his final appearance as The Undertaker, which means he’ll never appear on WWE TV under that gimmick again.

“Wow, thank you so much. Thank you to the WWE Universe. There’s so much I need to thank you guys for.

I want to thank you for 30 years of having my back and to be able to come out one last time as The Undertaker and have that Final Farewell, and that be voted the Moment Of The Year is just humbling.

I want to thank not only everyone that I’ve ever worked with, all the guys that were there that night to make that night so special and most of all, I want to thank the WWE Universe for voting The Final Farewell as the Moment Of The Year. Thank you.”

It was broadcasted from the MassMutual Center in Springfield, Massachusetts and featured pre-taped matches, interviews & storyline segments on the road to the ‘WWE Royal Rumble 2006’ PPV.

– Video – Tribute To The Troops