It was broadcasted from the Nashville Municipal Auditorium in Nashville, Tennessee and featured matches & storyline segments on the road to the ‘WCW The Great American Bash 1997 PPV.

– The Great Muta vs. Masahiro Chono

– The Barbarian vs. Jim Powers

• The Undertaker Enjoyed AEW Double Or Nothing PPV (Photo)

All Elite Wrestling aired their first ever PPV, Double Or Nothing, this past Saturday night and they’re the talk of the wrestling world, especially after former WWE Superstar Dean Ambrose (Jon Moxley) showed up at the end of the PPV to beat up Chris Jericho and Kenny Omega.

While the fans enjoyed this PPV, some WWE wrestlers enjoyed it as well as they publicly tweeted about it.

A major WWE name that enjoyed this AEW PPV as well is The Undertaker. As we have noted before, The Phenom is an active user on Instagram and liked the following comment made by a fan:

“Best pay per view I have seen in years! I’m a huge fan of AEW now!” 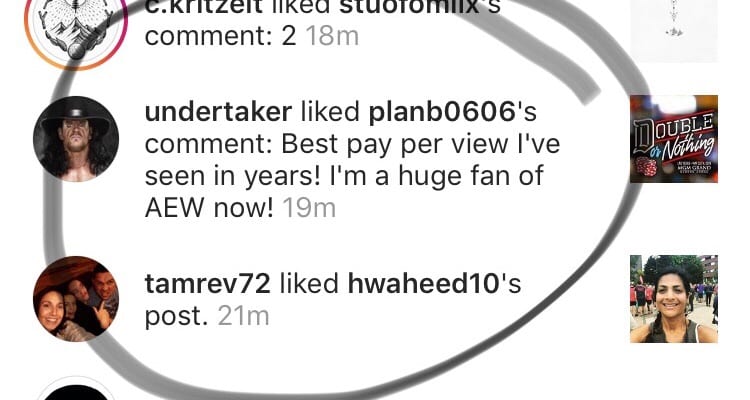