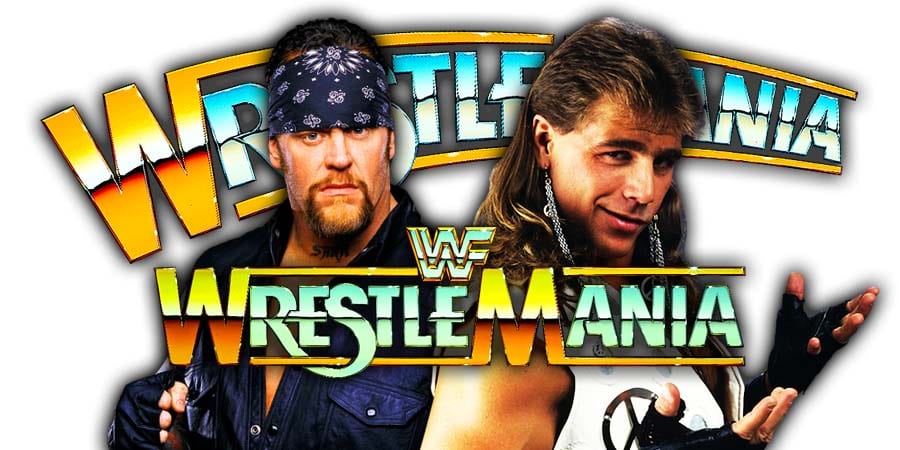 • The Undertaker: “I didn’t always care for Shawn Michaels as a human being”

WWF Legend The Undertaker appeared on a recent episode of WWE’s The Bump, where he talked about his 1997-2010 matches against fellow WWF Legend ‘The Heartbreak Kid’ Shawn Michaels.

Here’s what The Deadman had to say:

“In my career, this is as close to perfect. I mean there is never perfect but this is as close to it as I ever was. And there was just magic that night (at WrestleMania 25). All I had to do was be The Undertaker that night because I knew Shawn was going to be Shawn. And for some reason, we have always had unbelievable chemistry.

I mean, from the very get-go, and I’ve told people this several times through the course of my career, I didn’t always care for Shawn as a human being. But there’s nobody I’d rather work with.”

After The Undertaker retired HBK in 2010, Shawn Michaels returned for one more match at the Crown Jewel 2018 PPV in Saudi Arabia, to team up with his old D-Generation X friend Triple H to face The Undertaker one more time when they took on The Brothers of Destruction.

It was broadcasted from the Hilton Coliseum in Ames, Iowa and featured matches, interviews & storyline segments on the road to the ‘WWF Rebellion 2000’ PPV.

3. No. 1 Contenders Match: The Rock vs. Rikishi

4. The Undertaker vs. Kane