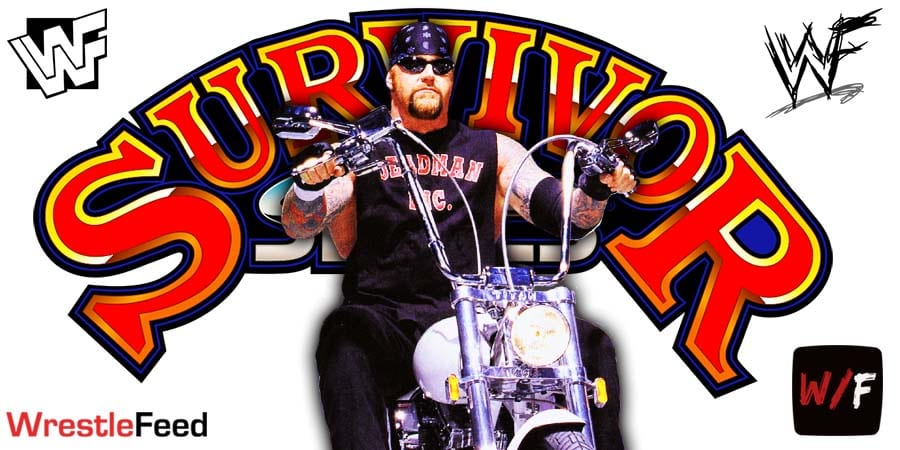 During a recent interview with ViBe & Wrestling, The Undertaker was asked if his Final Farewell this Sunday at WWE Survivor Series 2020 pay-per-view will lead to a match.

When asked about what he wants his legacy to be, The Phenom said the following:

“I would like to be remembered as someone who loved this business and did everything possible to not only improve it when I was there but to move it forward.

I want to be remembered as someone who wanted to help those who wanted to be better. Those are the most important things for me, going out there and knowing that my fans will be rewarded for the price they paid for a ticket.

I never kept anything inside. I gave everything I had, and it didn’t matter how bad I felt or in what physical condition I was in. I gave it my all because I always thought that they paid their money to come see me, and I have to give them everything I have. I hope you know that and appreciate it.

And on the professional side, I have always tried to look ahead and help those who came from behind. Maybe I was wrong on some occasions but that was part of the learning process and I think those are the most important things that I would like to be remembered for.”

It was pre-taped in Cincinnati, Ohio and featured matches & storyline segments on the road to the ‘WWF Armageddon 1999’ PPV.