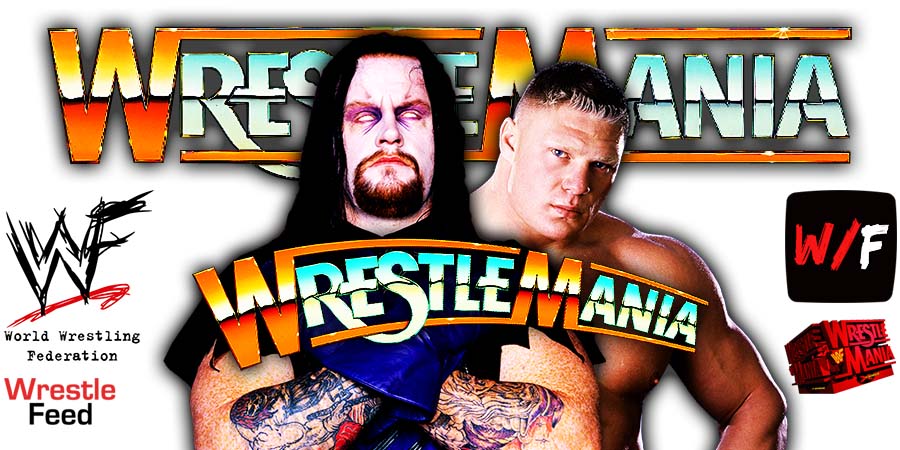 “The Next Big Thing” Brock Lesnar left the WWE in 2004, leaving a lot of money behind.

WWE CEO Vince McMahon wasn’t happy about it, as he spent a lot of time in building up Lesnar as the next big superstar in pro-wrestling.

During an interview on the True Geordie Podcast, The Undertaker revealed what he told Lesnar when The Beast revealed to him that he wants to leave:

“I was like, ‘Brock, look, you’ve gotta do what’s right for Brock. Everyone’s gonna be pissed that you’re gonna leave and they’ve put all this money and this push behind you. But if you don’t go do this, you’re gonna look back one day with the what ifs.’ I don’t know how much influence it had.

I didn’t hold any grudge. I always guess in the back of my mind felt like he would be back someday.

It’s just usually the way it works out, but I do know that you can’t live with what ifs. It’ll eat you up.

So I didn’t have as big a problem that most people did with it.”

Lesnar ended up returning to WWE in 2012, after having a successful career in the UFC.

Also Read: “I had explained that to Vince and we butted heads pretty hard” – Brock Lesnar Recalls His 2004 Situation

It was pre-taped at the San Jose Arena in San Jose, California and featured matches, interviews & storyline segments on the road to ‘WWF WrestleMania XV’.

4. Triple H vs. The Godfather