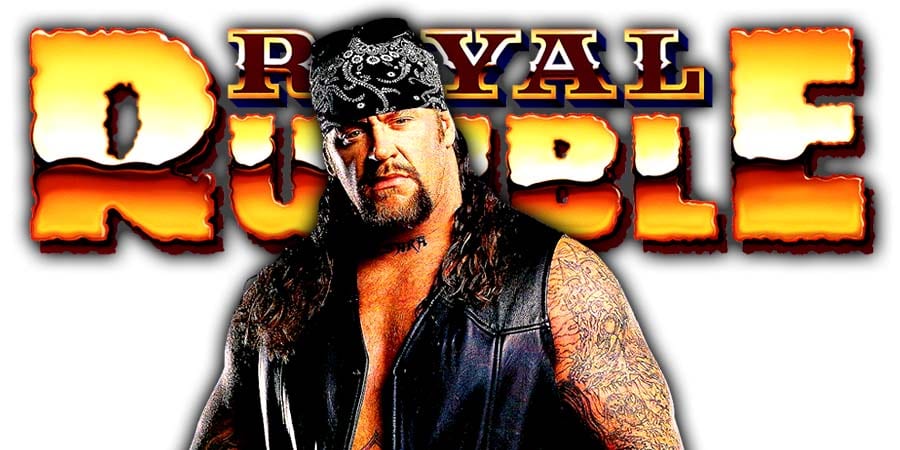 • ON THIS DAY IN WRESTLING HISTORY (January 2, 1959) – NWF Event feat. The Heaviest Wrestler Of All Time

On this day in 1959, the National Wrestling Federation (NWF) territory held an event at the Buffalo Memorial Auditorium in Buffalo, New York.

• The Undertaker’s Next Rumored WWE Appearance

There are rumors going on that The Undertaker will make his return to WWE programming at this month’s Royal Rumble 2020 pay-per-view, to compete in the Men’s Royal Rumble match.

This comes after the fact that the Minute Maid Park in Houston, Texas isn’t currently sold out for the Royal Rumble PPV, and Undertaker is the man that Vince McMahon calls when he needs to sell tickets (the same thing happened at Extreme Rules 2019, where the PPV wasn’t sold out and WWE announcing The Undertaker for a match at that event helped in selling out the arena that night).

Also, The Undertaker was born in Houston, Texas, so that could be another factor in why The Deadman could be interested in making a return at this event.

Another thing that should be noted here is that The Undertaker will complete 30 years in the WWE this year, and it’s possible that WWE wants to use The Phenom more this year and build a lot of shows around him for this historic achievement (similar to how Undertaker appeared on a lot of shows in 2015 as it was his 25th year in the company).

So it would be fitting that Undertaker begins this year with the first of the Big 4 PPVs – The Royal Rumble.

Also, working a Royal Rumble match is a lot easier than working a singles match, so WWE officials would be more open to the idea of Taker (who will turn 55 in March) working the Rumble match and not taking much bumps and giving the fans a huge moment to remember.

The Undertaker last competed in the Royal Rumble match back in 2017, where he got eliminated from the match by Roman Reigns.

You can watch his Royal Rumble 2017 appearance below: