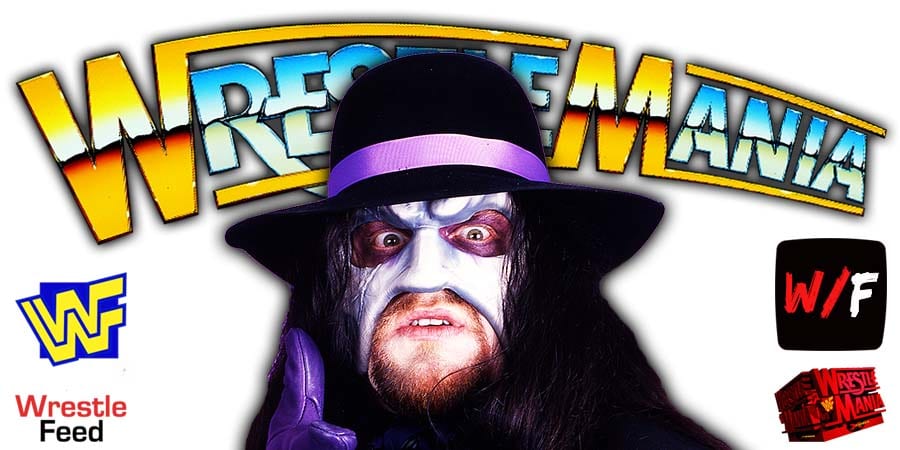 It’s been 12 years since the 25th anniversary of WrestleMania took place.

At WrestleMania 25, The Undertaker defeated Shawn Michaels to take his WrestleMania record to 17-0. This match is widely considered to be the best match in WrestleMania history.

During an appearance on the Talk Is Jericho podcast in 2020, former WWE referee Marty Elias talked about how the cameraman, who was actually WWE wrestler Deuce (son of Jimmy Snuka), failed to catch The Undertaker during the suicide dive over the top rope by not being in the right position and almost cost Undertaker his streak.

Due to that nasty landing, Taker suffered a lot of injuries:

“[Taker] had a concussion. He fractured his pinky and his ring finger and he fractured his collarbone on that…Right here I’m selling and I’m selling more because I have no idea what’s going on because when Shawn threw me against the barricade, I didn’t see [the dive] and my earpiece broke so nobody was in my ear.”

Marty then noted that Taker told him after this spot that if he fails to get in the ring before the count of 10, then he should legit count him out and end the match, and end the streak as well:

“The only thing I was given instruction was by Taker and he said ‘if I don’t make it back in, you shoot count me out’.”

HBK told Marty during the match to drag the count and make sure Taker is alright. The match continued and Taker walked out of the match still undefeated at WrestleMania. Taker was loopy after the match in the trainer’s room due to the injuries he suffered during the bout.

Marty revealed that Bill Watts praised his work in this match during the WrestleMania 25 after party.

Also Read: Major Plan For The Undertaker Got Cancelled 1 Year Ago

On this day in Pro Wrestling history on April 5, 1992, the World Wrestling Federation aired ‘WrestleMania VIII’ LIVE on PPV from the Hoosier Dome in Indianapolis, Indiana.

This was the 8th annual WrestleMania event and it had the taglines “Friendship Torn Apart!” & “The Macho/Flair Affair!”.