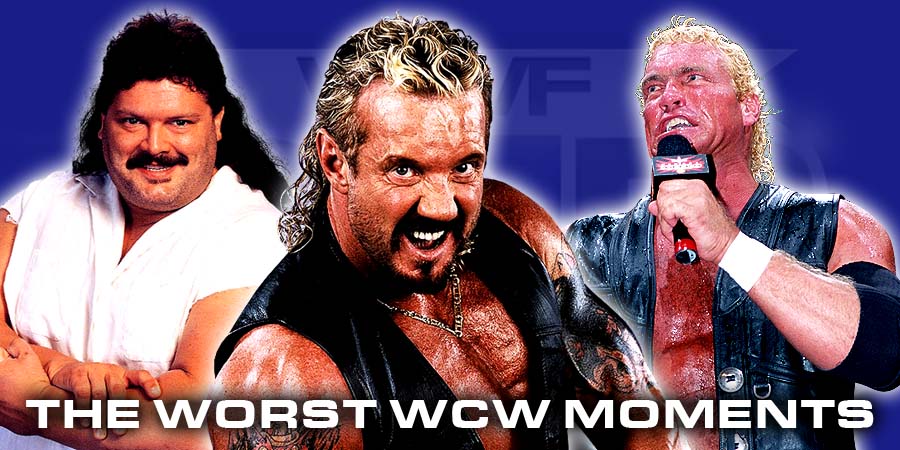 Do you think the Fingerpoke of Doom incident was bad? Then you’re right as it certainly was. But not anywhere near to the extend that some Internet marks make it out to be, as – despite popular belief – it didn’t do any long term damage to the company. That was caused by other incidents & people.

While the fingerpoke of doom moment can still be found on the last page, as part of our ‘Honorable Mentions’, we have now listed 5 Moments that were even worse:

“Don’t Try This At Home”

Scripted, predetermined and fixed, but Professional Wrestling is still a contact sport, where accidents can always happen.

It’s not known who had the idea for Powerhouse Wrestler Sid Vicious to do a flying big boot from the second rope, but he did break his leg while performing the move.

After fracturing his leg at WCW Sin 2001, Sid wasn’t seen anywhere near a Wrestling ring for several years, before returning on the indy scene in 2007.