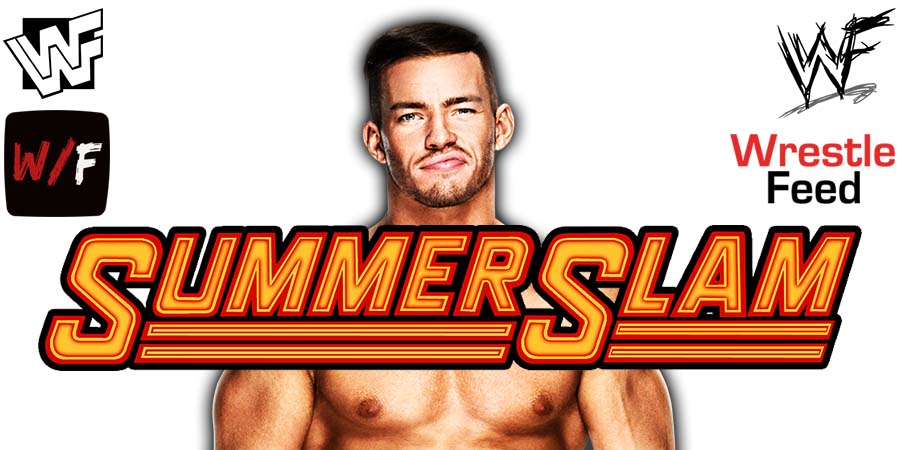 Mr. Money In The Bank Theory had big plans for SummerSlam 2022, but he couldn’t accomplish them.

First, he failed to defeat Bobby Lashley for the United States Championship, as The All Mighty forced him to tap out to the Hurt Lock.

Later in the main event, Theory ran out to cash-in during the Undisputed WWE Universal Championship match, but Brock Lesnar and Roman Reigns beat him up.

Backstage at SummerSlam 2022, Theory met WWE Hall Of Famer The Undertaker, where The Deadman gave some advice to the 24-year-old superstar.

Theory posted a video of their meeting on Twitter and you can watch it below:

When he first joined WCW in 1993, he was called ‘Lightning’, one half of the Tag Team ‘Thunder and Lightning’, but in 1995 he was repackaged as Gulf War Veteran ‘Cobra’.

Jeff’s most famous gimmick was born at the ‘WCW Fall Brawl 1996’ PPV, when he portrayed Sting, but it was revealed that he was a bogus Sting, hired by the nWo to make it look like the real Sting (Steve Borden) had attacked Luger in the parking lot a few days earlier.

From that day forward, the fake Sting became a regular member of the New World Order faction on WCW TV, before jumping ship to WCW’s Japanese partner promotion NJPW, where he wrestled as a member of nWo Japan.