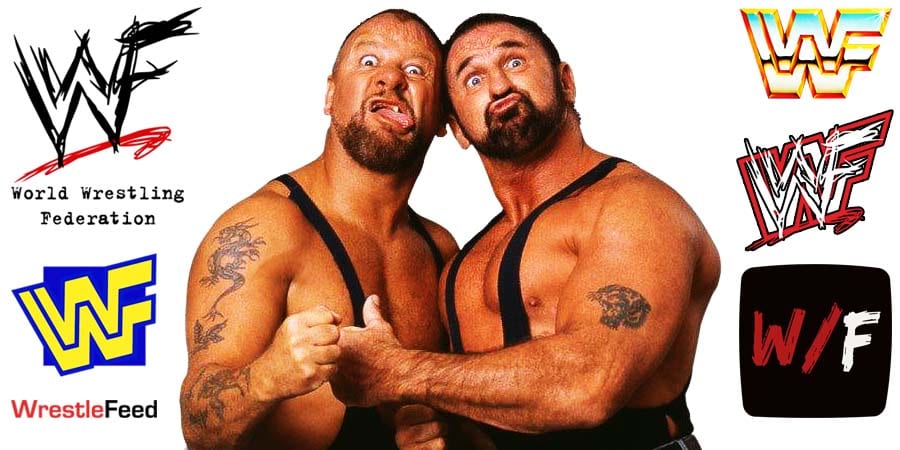 Old School WWF Tag Team Legends The Bushwhackers gave an interview to Wrestling Inc., in which they talked about their long illustrious career and shared several interesting stories.

All WWF fans remember them as the beloved comedy Tag Team The Bushwhackers, but they weren’t always the funny & beloved fan-favorite good guys that they became in late 1988 when they joined Vince McMahon’s promotion.

Before that, they were known as The Sheepherders (sometimes also announced as ‘The New Zealand Sheepherders’ or ‘The Kiwi Sheepherders’), a violent heel tag team that was basically “Hardcore” before there was any Hardcore Wrestling.

They talk in detail about a 1980 tour to Puerto Rico, where they wrestled for Carlos Colon’s famous World Wrestling Council (WWC) promotion as ‘Los Pastores’.

Here’s what Bushwhacker Luke (Luke Williams) & Bushwhacker Butch (Butch Miller) had to say about that experience.

“It was real crazy mate. I’m just going to give for instance. You know, before we did a lot of angles, the first one we did, we were brought in and we had never been to Puerto Rico. This was 1980. And the promoter was the Hulk Hogan of Puerto Rico in the Caribbean, Carlos Colon. His sons have been in WWE and all that. You know the storyline. He said, ‘Show starts at 8:30, I’m going to be signing in the lobby at 7:30. You usually come in the back door, but this time I’m going to have people drive and pick you up and bring you to the front of the building, and you guys come in through the front.’

We had a flagpole, and it wasn’t copper, it was steam pipe. Steam pipes, they’re pretty heavy, and they have a knuckle in the middle where you can screw it, because we carried it in a pouch. The piece was about three feet long. So he said, ‘I want you to come to the lobby and f**king burst through the people.

Now, he was signing free photos. Carlos, on this fight, everyone that came in and bought a ticket got a free photo. And he was signing there, we burst in there, and split the flagpole in half and beat him to death. There was blood on the walls, everything. The ambulance came and took him, and they called for an ambulance, and security came and got us off of him. We went to the back after that.

We were the main event that night. The main event was Carlos Colon and the Invader, Invader 1, who was the #2 babyface on the island. So Carlos was taken away in an ambulance. And then come to the match, you know, Invader came out, he says, ‘blah blah blah, I’m going to do this on his own.’ They told him not to do it, and he says, ‘I got to do it, because these pigs have come in here and they’ve done a disgrace. They disgraced our main guy’ and all that bloody sh*t.