After losing the Raw Tag Team Titles to The Hardy Boyz at WrestleMania 33, Luke Gallows & Karl Anderson entered into a feud with Enzo Amore & Big Cass.

These two tag teams will now collide on the Payback 2017 Kickoff show and the team of Enzo & Big Cass are expected to win this match. 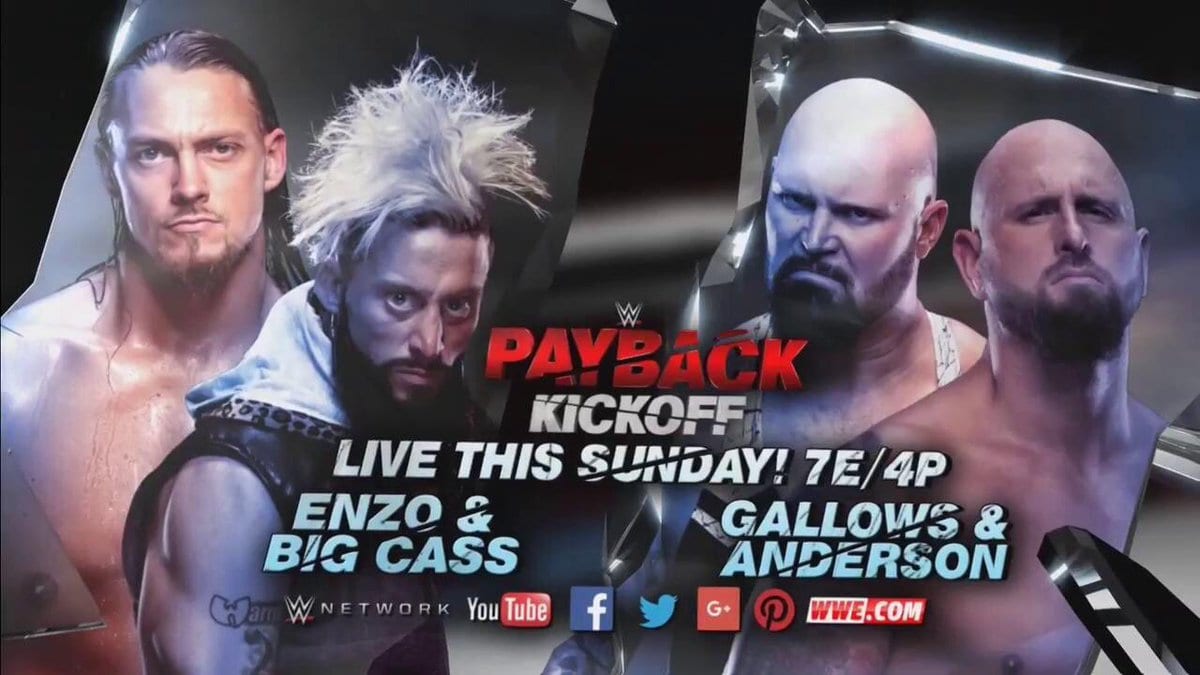 With this win, Enzo & Big Cass are expected to be next in-line to receive a shot at the Raw Tag Team Titles.