Tonight at Extreme Rules 2017, Alexa Bliss will defend her Raw Women’s Championship against the former champion Bayley in a “Kendo Stick on a Pole match”. The woman who unhooks the kendo stick from the pole first will get to use it in the match. 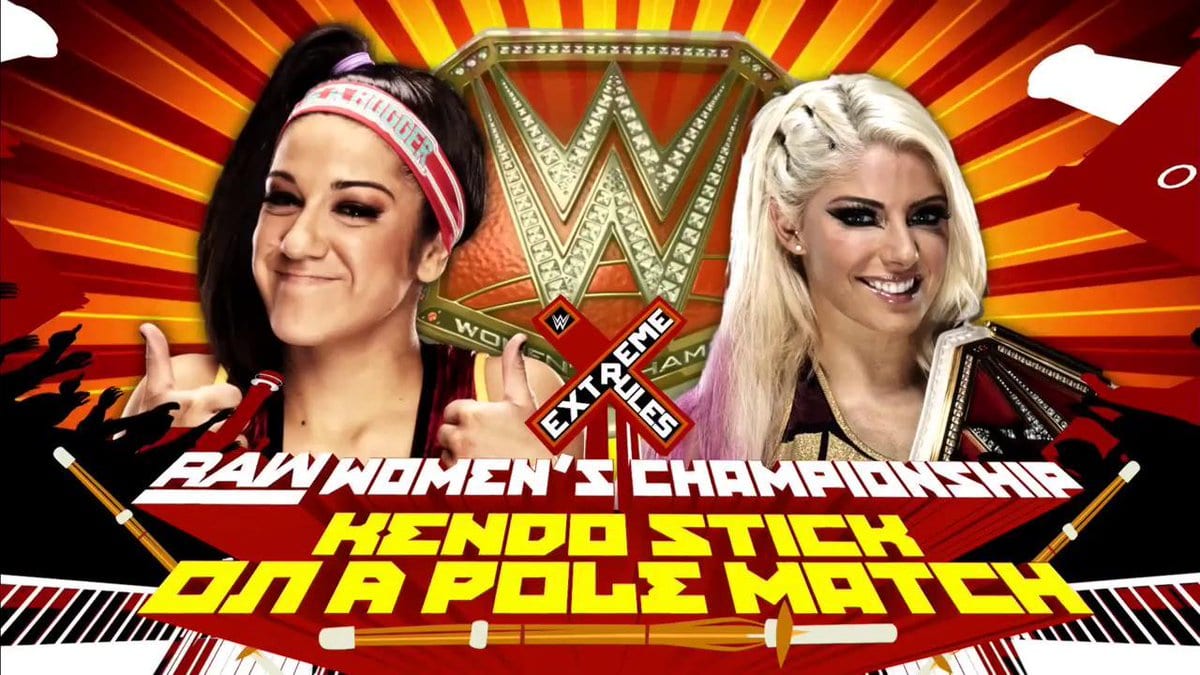 According to the betting odds, Alexa is expected to win this match and retain her Title. With this win, it’s possible that Alexa moves on to other feuds.

Originally, the betting odds stated that the Hardy Boyz will retain their Title, but that isn’t the case anymore. Betting odds, which are correct 95% of the times, are now showing that Cesaro & Sheamus are the favorites to win this match and recapture the Raw Tag Team Titles.

This could be the reason behind WWE booking a Steel Cage match for this Title bout, so that Cesaro & Sheamus can win the match by escaping the cage and Hardys stay protected despite losing the Titles.