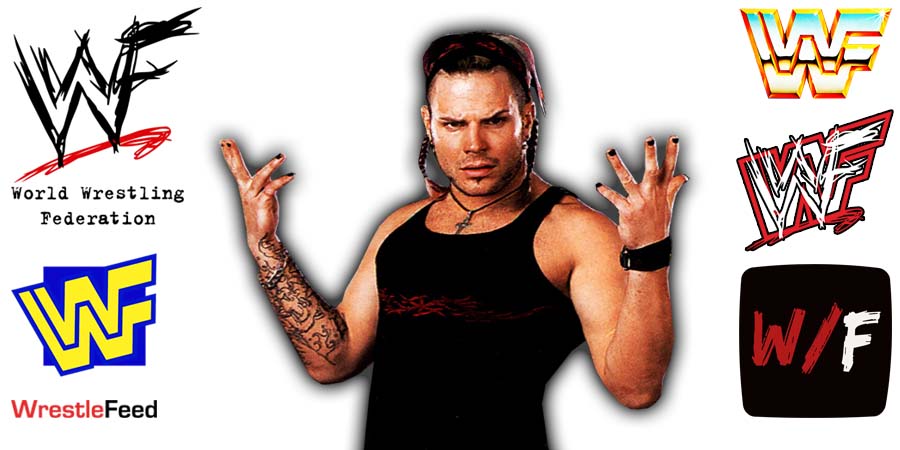 Jeff Hardy getting arrested for DUI recently was the 3rd time this happened and AEW suspended him after this incident.

Since a 3rd DUI offense within 10 years is considered a Felony in Florida, Jeff could face the following:

– Up to 5 years of reporting probation.

– 90-day impoundment or immobilization of all vehicles owned by the driver.

– Mandatory placement of an ignition interlock device upon all vehicles owned, used, or routinely operated by the convicted driver for not less than 2 years.

– Completion of a psychosocial evaluation to determine if Substance Abuse Treatment is required.

A video of Jeff drinking Whiskey the night before his arrest surfaced online, where he said the following:

– Video of Jeff Hardy drinking Whiskey the night before his DUI arrest pic.twitter.com/PvIah6GBJF

WCW Veteran Bill DeMott, who lost his daughter in a car accident that was caused by a drunk driver, is not happy that Jeff is currently out on bail.

“The @KADFoundation1 calls for no bond, this #RepeatOffender needs to be held accountable and it’s clear the community is NOT safe with him out on bail! #Accountability @news6wkmg”