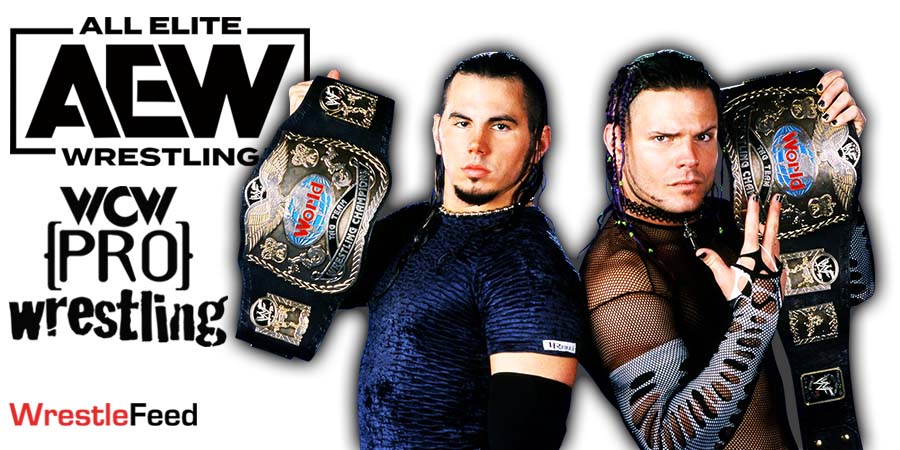 However, due to Jeff’s performance at Double Or Nothing, plans were changed and he was scheduled for a brain scan after that.

“The idea was the Hardys were going to win the Tag Titles in this ladder match, that was the plan for awhile. Apparently, at the pay-per-view when the Hardys and the Bucks had their match, Jeff was not looking good.

So, whether he had his DUI or not, Jeff was never going to do that ladder match. It was always going to be Jurassic Express vs. the Young Bucks for the Tag Team Titles with Young Bucks winning.

Also Read: “Some of his issues come from our mother dying when he was so young” – Matt Hardy On Jeff Hardy

Koko B. Ware wrestled for various territories during the 70s & 80s, such as Continental Wrestling Association (Memphis Wrestling), Georgia Championship Wrestling and Mid-South Wrestling, before joining the World Wrestling Federation in 1986.

Koko was basically a mid-carder during his entire WWF run, but had plenty of PPV matches, including several WrestleManias.

In 2009, he was inducted into the WWE Hall of Fame by his good friend The Honky Tonk Man.