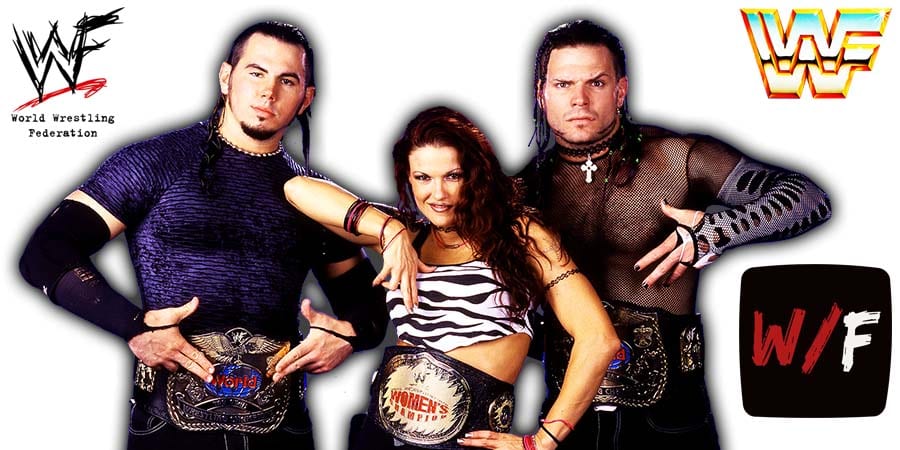 Jeff Hardy has faced addiction issues for many years now and he was recently arrested for DUI for the 3rd time in 10 years.

On his podcast, Matt Hardy explained why his younger brother has addiction issues.

“This whole week, and this whole discussion about my brother, is much, much bigger than pro wrestling.

I mean, this is a point where, you know, all I’m concerned about is Jeff’s health and his well being, and I just want him in a good, safe place.

That’s all I’m concerned about and whatever it is going to take for him to get there is what I want for him.

I was very saddened, and the actual word that I said was very disheartening, about the events that happened, but I support my brother 100%, and I’m gonna pull for him, and I’m gonna give him as much support as I can to help him be as healthy and as well as he can possibly be.

I feel like some of Jeff’s issues probably come from our mother dying when he was so, so young. That was always an issue that he carried with him deeply.

I know 100%, the biggest thing that drives me to stay healthy and not have an addiction issue at all, because I’m sure I have an addictive personality, but the thing that keeps me running and stronger than anything else is my family, my children, specifically. I mean, my wife as well. She would whip my a$$ as everyone knows.

Any kind of chemical addiction that I might have, or would have, all that has been traded in for the addiction of my children. That is a real thing that I love. I think about them growing up and I want to cry. There’s a finite amount of time that I’m going to be able to spend with them so I try to maximize and I want to optimize each and every moment I have with them.

My job is to raise these young human beings, three boys and a girl, and shape them and forge them into good productive people that are going to contribute to society. They’re gonna make the world a better place. I mean, I know that’s what my mom wanted for myself and my brother and we were on the right path for the first quarter century of our life for sure.

Once we got into wrestling back in the day, there were times where stuff was kind of thrown on us and we were still really good. We were resilient about things as far as being out of control until we split. That was the first time there were ever really any chemical dependency issues.

That’s when Jeff was away from me. He was on the RAW show and he was traveling with two guys who were pretty well known for using recreational drugs at that time. That is when Jeff first got bad and he ended up being released in 2003.”