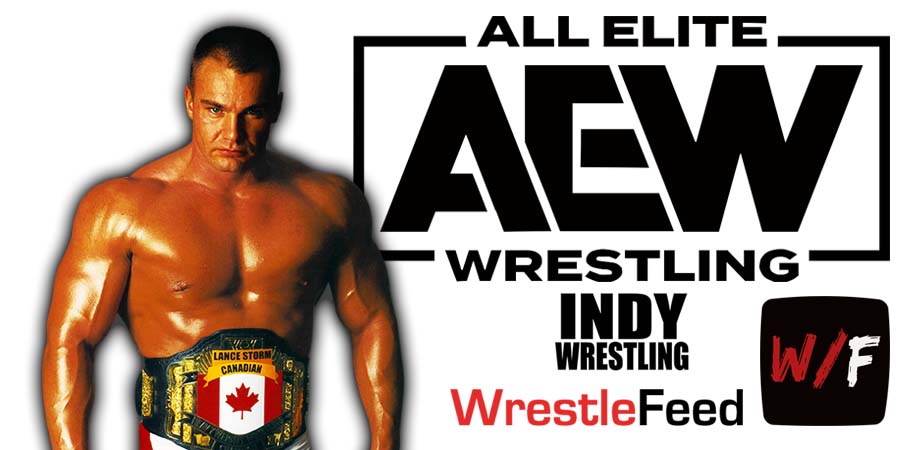 The ongoing CM Punk vs. MJF rivalry in All Elite Wrestling has caused quite some discussions in the pro wrestling world lately, because of the promos both of them were cutting.

WWF Veteran Lance Storm talked about this angle on Wrestling Observer Live and had the following to say about the tension between MJF & Wardlow, as Wardlow lost to Punk in a match because of MJF:

“It was like, ‘Oh my god, Wardlow lost. Wardlow’s going to be angry about this.’ Wardlow had two visual victories over Punk. Wardlow was the rightful winner. And it’s like, this segment damaged Punk a lot.

It completely made me not care about Punk-MJF anymore. Everyone’s into MJF-Wardlow. Quite probably, because they’re good promo guys, they can dig themselves out of this hole.

But I don’t understand putting them [Punk in particular] this deep in a hole that they have to talk their way out of. This was a very damaging segment.”

WCW Veteran Disco Inferno appeared on the ‘Keepin It 100’ podcast revealed his opinion about this storyline:

“Here are the two things that have happened way too much in this feud. They have been referencing WWE too much, and they cuss all the time. They have been using far too much foul language when it is not even needed.”

He is the son of famous World Wrestling Federation (now WWE) promoter Vince McMahon Jr., as well as the brother of Stephanie McMahon and the brother-in-law of Old School WWF Legend “The Game” Triple H.

Shane started as an occasional part-time pro-wrestler in 1999 and still wrestles nowadays from time to time.

He’s known to be more like a trained stuntman, than an actual wrestler though, so when you watch a match that features him, you can expect to see at least 1 OMG-bump.