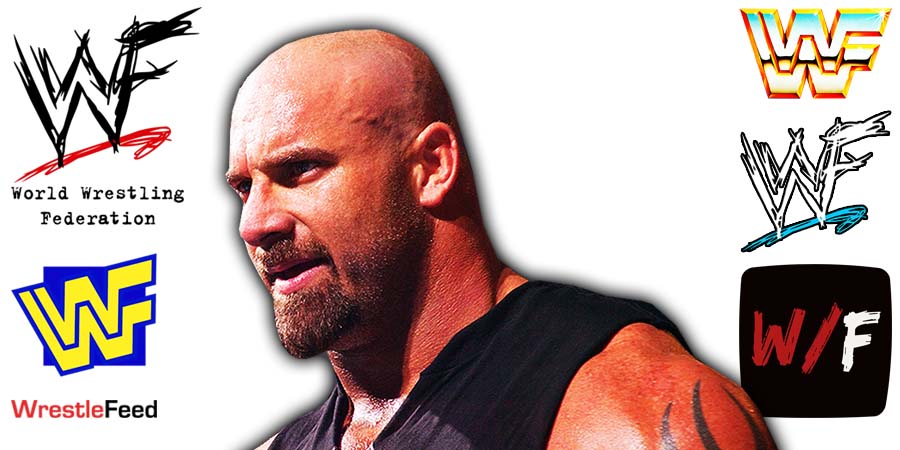 Old School WCW Legend Bill Goldberg was recently interviewed on SHAK Wrestling, where he was asked about several different topics, including the few matches he had in Japan back in 2002, 2003 and 2004.

The first time Goldberg was booked in Japan was on August 30 & August 31, 2002 for All Japan Pro Wrestling (AJPW), where he defeated Taiyo Kea on Night 1 and Satoshi Kojima on Night 2.

He was then brought back to Japan by The Great Muta, who had just left AJPW with a lot of other Japanese wrestlers, and founded his own promotion WRESTLE-1.

Keep in mind that those three brief overseas-tours took place after the death of WCW on March 26, 2001 and before his March 31, 2003 debut for World Wrestling Entertainment.

The last time Goldberg wrestled in Japan was on January 4, 2004 towards the end of his first (2003-2004) WWE run, this time for the HUSTLE promotion with a win over Naoya Ogawa.

Here’s what Goldberg had to say, when asked about his time in Japan:

“Nothing but happiness. I mean truly. When I started the formation of the character Goldberg, I’m an old school guy, I’m a football guy so I watched a lot of film and did a lot of due diligence.

I came to the realization that the guys who were the badasses were the ones who could transfer over to Japan. It was a completely different style of wrestling.

The fans were sitting on their hands the whole time. You didn’t hear anything. You could hear a pin drop but it doesn’t mean they don’t enjoy what they’re watching. It’s out of respect. It was a completely different culture.

It was a place I wanted to go to for a really long period of time. I played in the Japan Bowl in football in 1980-whatever the heck it was but that was the only time I had been there and I wanted to go back.

Like I said, Hulk Hogan and the big badasses were able to translate over to the Japanese audience. It was an honor and an absolute privilege to be over there and to perform.”

Also Read: “I flew to Saudi Arabia knowing I was going to lose” – Goldberg Clarifies False Rumors About Match With The Fiend

Jeff Jarrett vs. The Blue Meanie