At last night’s NXT TV tapings, it was revealed that Kairi Sane will defend her NXT Women’s Championship against Shayna Baszler at WWE Evolution PPV on October 28.

Below is what the WWE Evolution match-card looks so far:

As we noted before, the following photo has been making the rounds on Social Media and it shows the complete match-card for next month’s first ever all-women’s PPV, WWE Evolution: 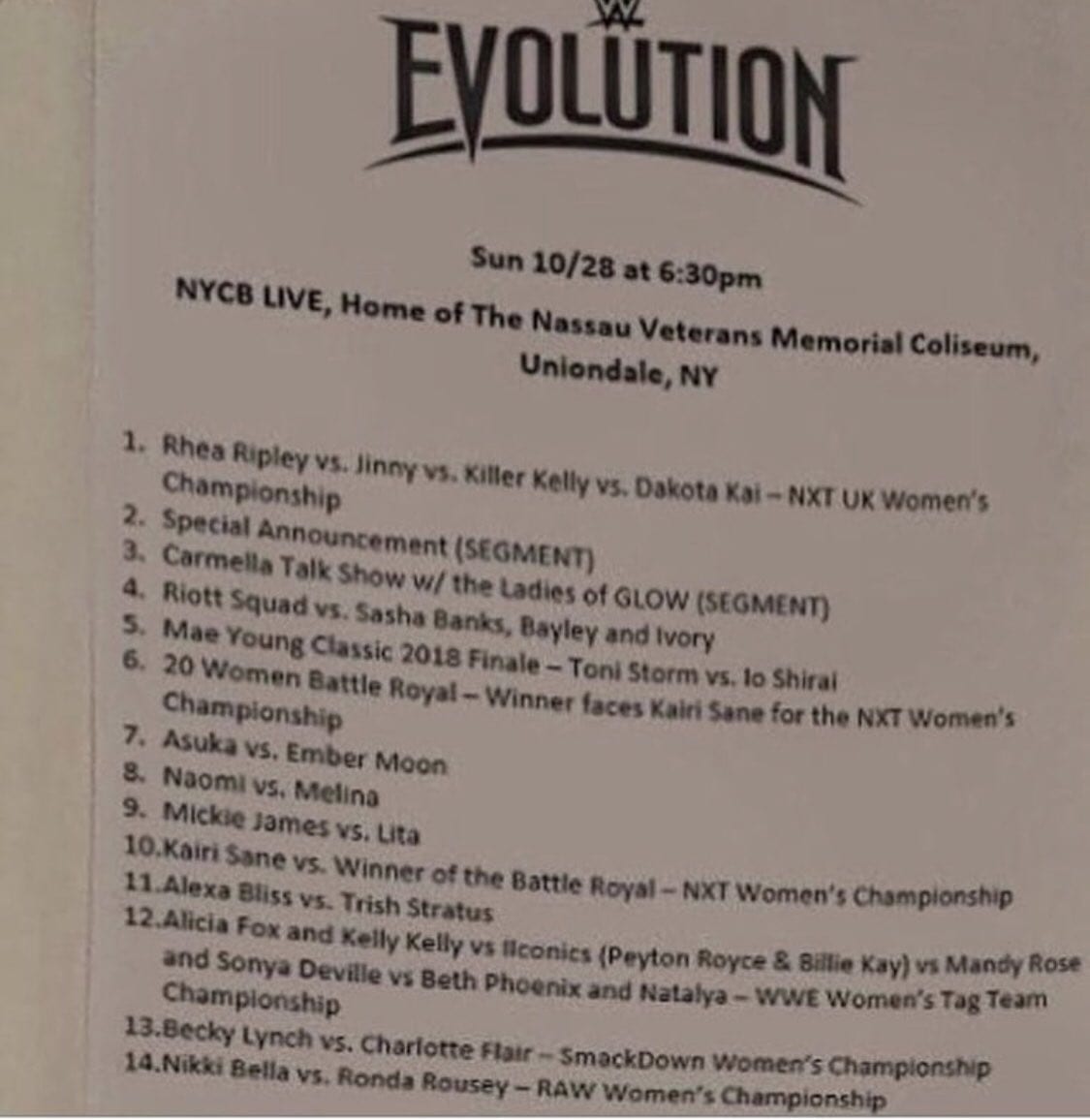 With the announcement of the NXT Women’s Championship match, the 20 women battle royal for a Title match listed above can be cancelled out (at least for a title opportunity).

Also, WWE has only announced two former WWE stars for this PPV – Trish Stratus & Lita. It looks like 4 more former stars will be in action at this event (if this match-card is legit) – Ivory, Beth Phoenix, Kelly Kelly & Melina.