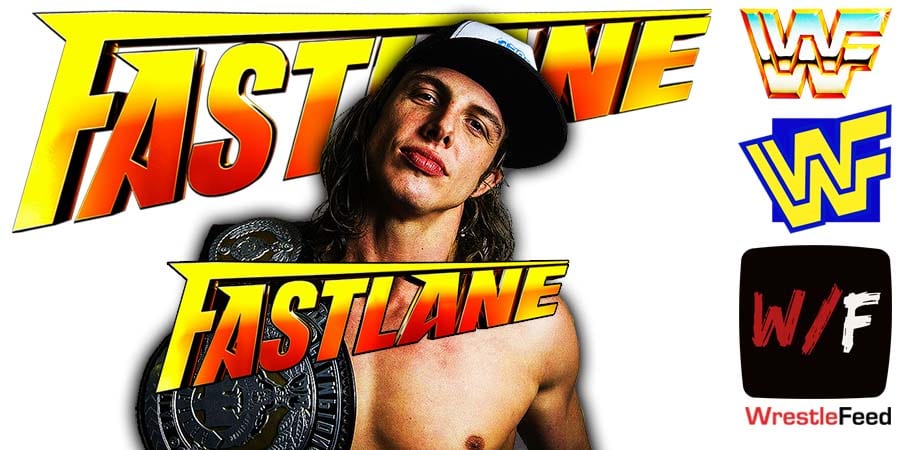 As seen on this week’s episode of RAW, Riddle defeated Mustafa Ali to retain the United States Championship.

RETRIBUTION’s T-Bar distracted the referee during this match, but it backfired on his team leader and Ali lost.

Ali went on to blame his loss on other RETRIBUTION members and wants a rematch for the US Title this Sunday at WWE Fastlane 2021 pay-per-view.

Here’s what Ali said in a video posted on Twitter:

“Riddle, that’s one match a piece. So I say we do it one more time this Sunday at Fastlane, for the United States Championship. Maybe someone will actually follow orders!”

riddle, i want a rematch at fastlane pic.twitter.com/uvOvh68mAf

You can check out the current match-card for Fastlane 2021 below:

It was pre-taped at the Nassau Coliseum in Long Island, New York and featured pre-taped matches & storyline segments on the road to the ‘WWF WrestleMania 2000’ PPV.

1. The Dudley Boyz vs. Edge & Christian

2. The Godfather vs. Triple H

6. Crash Holly vs. The Headbangers