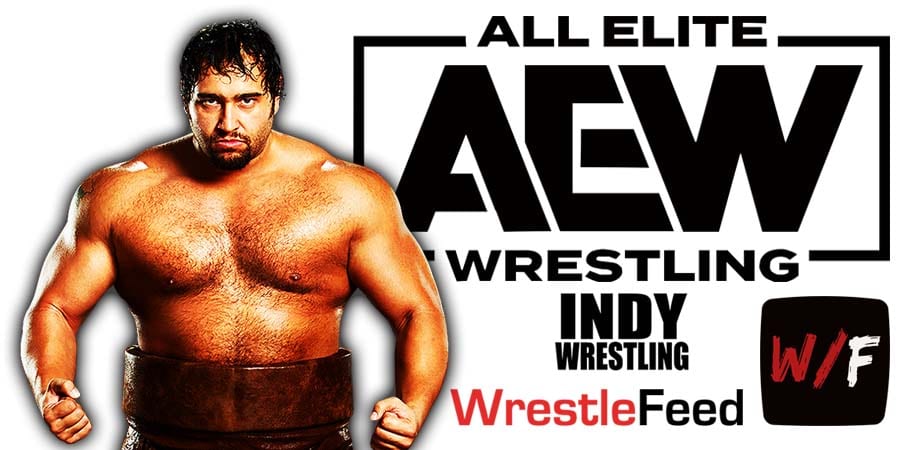 During a recent interview on Busted Open Radio, former WWE Diva Lana was asked about her opinion on AEW President Tony Khan not using her husband Miro (fka Rusev in WWE) properly on All Elite Wrestling programming.

Below is what The Ravishing Russian said:

“I have a lot of opinions about this. Tony Khan has a vision. At the end of the day, let’s just really, if it’s 100% real, I think there’s this illusion at AEW that the talent books the show.

That was definitely the conversation, ‘Oh you go there and you’re basically going to become whatever you’re made of’, but at the end of the day, he’s booking the show.

It’s really no different than WWE. It’s just a different director and a different person’s point of view. It’s like comparing NBC to HBO. At the end of the day, he’s going to make that final call. That’s what it is.

I think my husband is incredible. I feel Vince really valued him in that way and saw that. They hit heads a lot of times towards the end on creative differences. Vince really wanted him as a villain and Miro wanted to explore this new world.

Again, I just take it like I do Hollywood. It’s casting. It’s the director. It’s the showrunner, and at the end of the day, we are hired talent. If you really don’t like the person you’re working for, then go start your own wrestling promotion and see how that goes for you.”

Miro hasn’t done much in AEW after losing the TNT Championship to Sammy Guevara in September 2021.

– The Disciple vs. Tough Tom

– The Giant vs. Raven