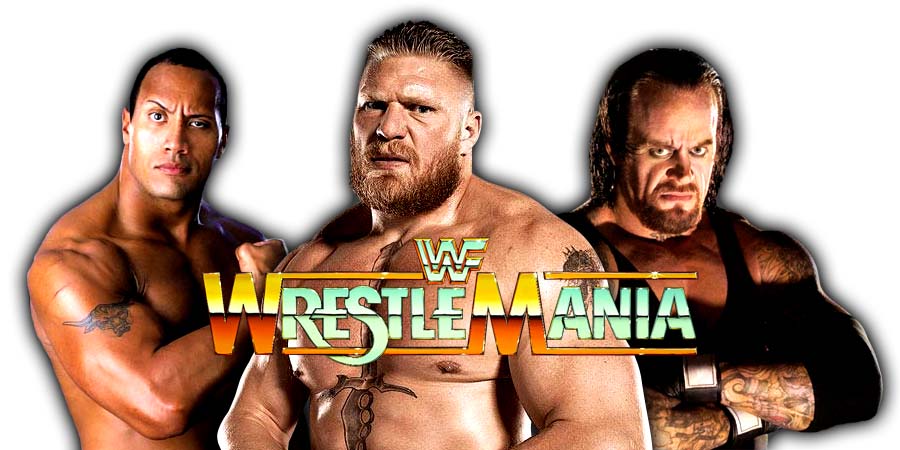 WrestleMania is known as the Showcase of Immortals. There is no stage bigger in Sports Entertainment than WWE’s WrestleMania. Every wrestler’s dream is to have a WrestleMania moment, whether they achieve it by winning a big match, or by giving everything they have (like Mick Foley).

In an interview, Kurt Angle said that move was the finish of the match, but Brock finished himself. Angle says he tried to talk with Lesnar, but Lesnar wasn’t responding and Angle thought that he was paralyzed. Angle says that was supposed to be the greatest moment in WrestleMania history, but they obviously failed in making that true.

Lesnar still got up and performed an F5 on Angle to finish the match and become the new WWE Champion. Angle was surprised that he got up after that.

Lesnar is truly a beast!