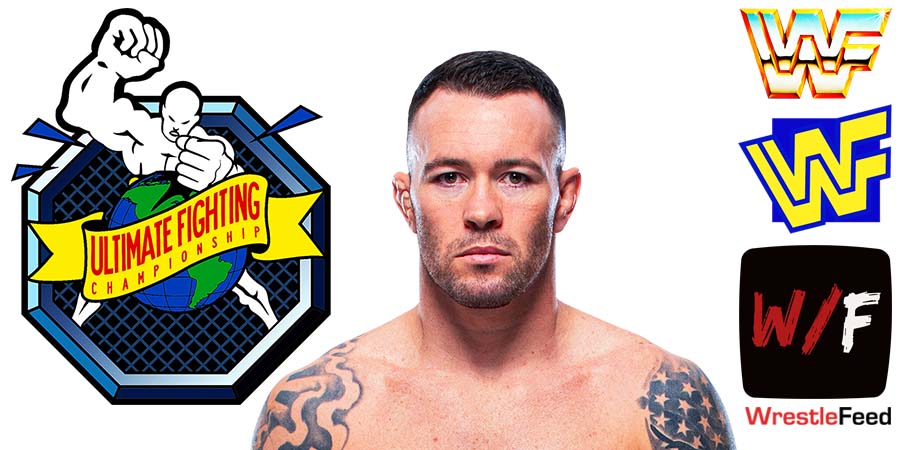 During the post-show press conference, Colby was asked if he’ll join his former American Top Team partners in All Elite Wrestling.

“I don’t pay any attention to what those losers do. I’m focused on putting on the biggest and best fights in the world. You might see me in WWE one day, but I don’t think you’re going to see me in a second-tier promotion, like AEW.”

Colby has been a part of pro-wrestling before. He appeared in Impact Wrestling in 2017. He also uses Kurt Angle’s theme song in UFC.

King Kong Bundy wrestled for the World Wrestling Federation from 1985 till 1988 and again from 1994 to 1995, but later continued to wrestle on the independent scene until he retired in 2006.

The highlight of his professional wrestling career was without a shadow of a doubt main eventing WWF WrestleMania 2 against World Champion “The Immortal” Hulk Hogan in a Steel Cage.

King Kong Bundy has yet to be inducted into the WWE Hall of Fame, which they failed on doing while he was still alive, similar to another big man, Big Van Vader, who also passed away without being inducted (which is obviously going to happen in the future).

Bundy guest-starred in 2 episodes of the legendary comedy series “Married With Children”.