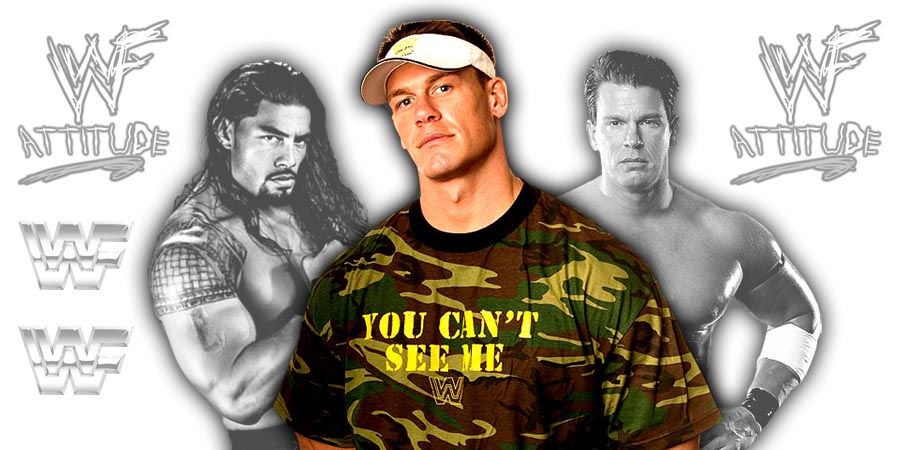 Let’s take a look at the top 20 news stories of the day from the world of WWE (John Cena, Roman Reigns, Jinder Mahal) & Professional Wrestling:

20. John Cena Talks About Being Worried About The Fan Reaction At WrestleMania 33, Reveals When He Will Retire From Wrestling
As we saw at WrestleMania 33 earlier this year, 16 time WWE World Heavyweight Champion John Cena proposed Nikki Bella in the middle of the ring after their mixed tag team match.

During a recent interview with FOX News, Cena talked about being worried about the fan reaction to his proposal, hsi retirement from wrestling and more. Below are the highlights:

If he was worried about Nikki Bella’s response to his proposal at WrestleMania 33:

“That was the most nervous I have ever been in my entire life and not only was I worried about her response but I was worried about the reaction of the 75,000 people of the Camping World Stadium. I didn’t know that they would react in such a positive way, and I’m forever indebted to our fans for being able to allow me to celebrate the greatest moment of my life.”

If he really thought fans would boo:

“If you watch WWE programming, sometimes they like me, sometimes they don’t. Our audience has an interesting way of letting you know how they feel. When you are genuine, you take a genuine risk.”

If he sees himself retiring from wrestling:

“As far as the performance level it’s definitely a business for the young and I am on the older side of young but I don’t think I’ll ever not be involved with the WWE. They will have to tell me that they no longer need my services because it is my home.”