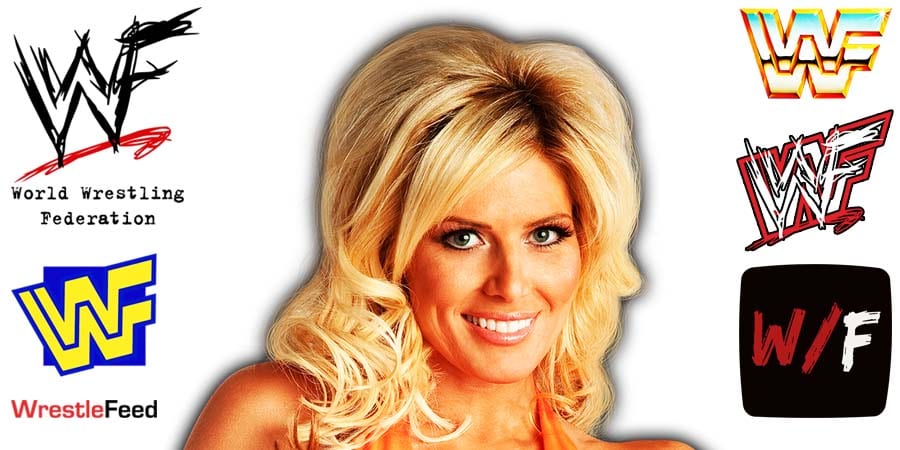 During an interview on The Mike O’Hearn Show, Old School WWF/WCW Diva Torrie Wilson talked about her time in World Championship Wrestling and how she broke into wrestling.

She also revealed that she initially made $5,000 a day in WCW.

“I was taking pictures [backstage] with like Bill Goldberg and some people and my boyfriend was freaking out and then I met Kevin Nash and he was like, ‘I saw you in a green bikini in a magazine and we have this storyline idea. Would you be interested in doing it?’

It’s working with Ric Flair and it was just acting segments and so, I said ‘yeah’ and it was like 5 grand a day. It was the easiest money. I’m broke, so broke by the way. Could barely get groceries and it just snowballed so fast.

My popularity evolved so fast and it was kind of like, I never really wanted to be a wrestler but, this gig came to me and I need to roll with it.”

Disco Inferno wrestled for Ted Turner’s World Championship Wrestling promotion from 1995 till the company was sold to Vince McMahon in March 2001.

Disco is also former member of several factions such as The Mamalukes, nWo Wolfpac & The Filthy Animals.

From 2002 to 2004, he worked for Total Nonstop Action, a company he’d later return on several occasions to do some sporadic appearances over the years.