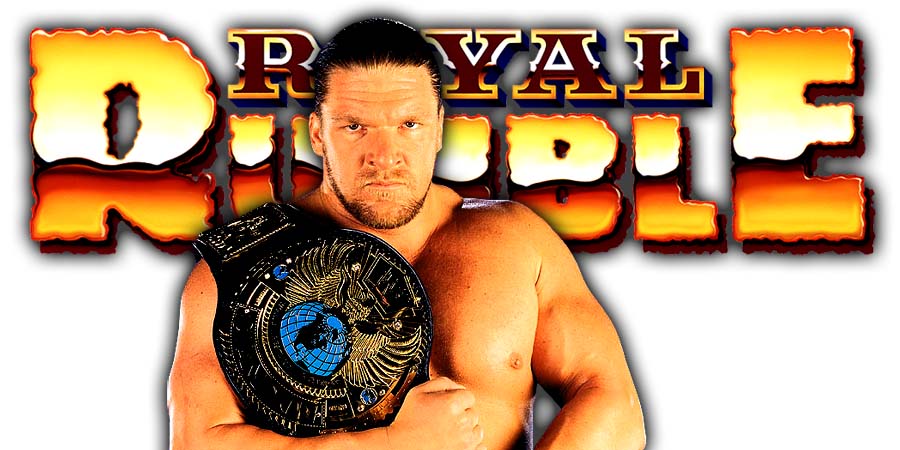 Triple H was asked about women not wrestling at the event and will that change in the coming years. Below are the highlights:

On women not wrestling at the Greatest Royal Rumble event:

“I understand that people are questioning it, but you have to understand that every culture is different and just because you don’t agree with a certain aspect of it, it doesn’t mean it’s not a relevant culture. You can’t dictate to a country or a religion about how they handle things but, having said that, WWE is at the forefront of a women’s evolution in the world and what you can’t do is affect change anywhere by staying away from it.”

On if he thinks women will wrestle in Saudi Arabia one day:

“While, right now, women are not competing in the event, we have had discussions about that and we believe and hope that, in the next few years they will be. That is a significant cultural shift in Saudi Arabia.

The country is in the middle of a shift in how it is dealing with that – the position is changing, and rights are changing, as are the way women are handled and treated in society. We think that’s a great thing and we’re excited to be at the forefront of that change.”

TMZ Sports caught up with WWE Hall of Famer Jim Ross and asked him about Ronda Rousey’s in-ring WWE debut match at WrestleMania 34.

“I thought Ronda Rousey’s debut was the most impressive thing I’ve seen in pro wrestling in my 40 year career.”

According to DirtySheets.Net, WWE officials have informed their female talent to not say anything negative about Saudi Arabia or the Greatest Royal Rumble event during interviews (as WWE women aren’t allowed to perform over there).

Dirty Sheets’ source went on to note that WWE might even release talent if they don’t obey the instructions and say something negative about the upcoming big event in Saudi Arabia (this is so because WWE’s deal with Saudi Arabia is very beneficial for the company).