On this week’s Draft edition of SmackDown, Lars Sullivan made his return to WWE programming after being out of action for over a year due to an injury.

Sullivan returned and destroyed Jeff Hardy, Matt Riddle, and The Miz. Sullivan will now be a part of the RAW pool of the Draft.

While he was out of action, some fans found out about Lars’ past in adult movies and this news went viral on social media.

You can watch a clip from his adult movie below:

After his return on SmackDown, a fan made reference to Lars’ adult movie past on Twitter, and Triple H ended up liking that tweet.

Below are a couple of screenshots: 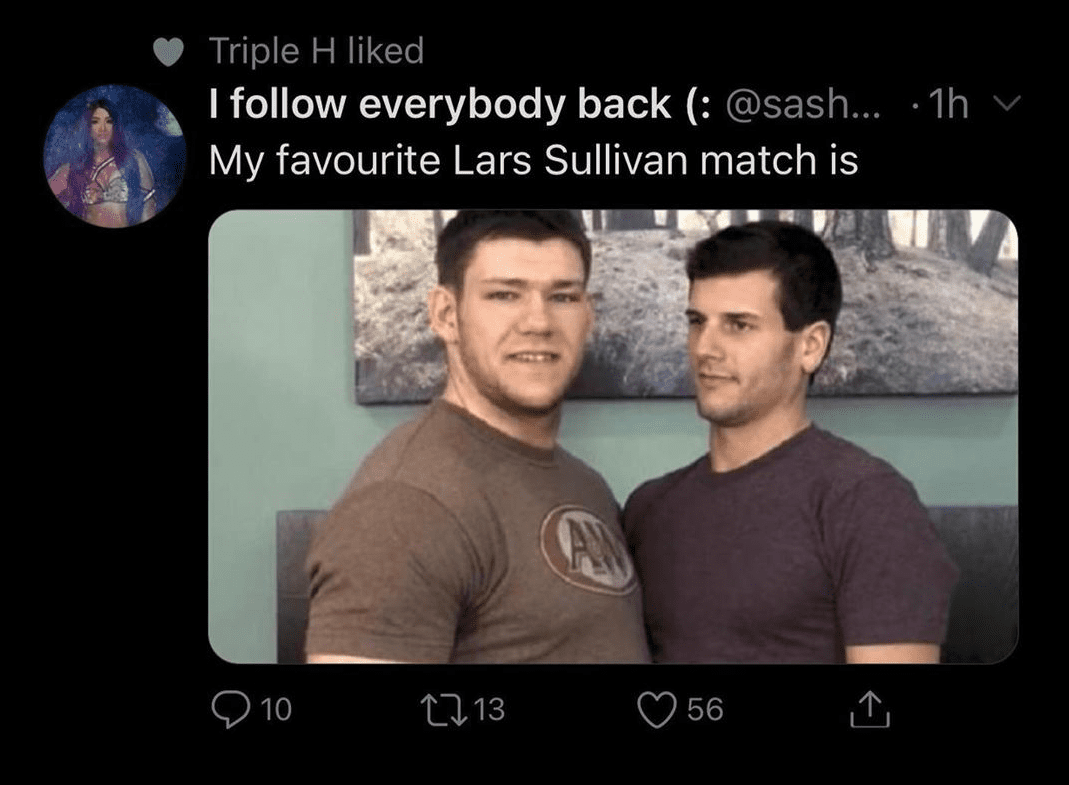 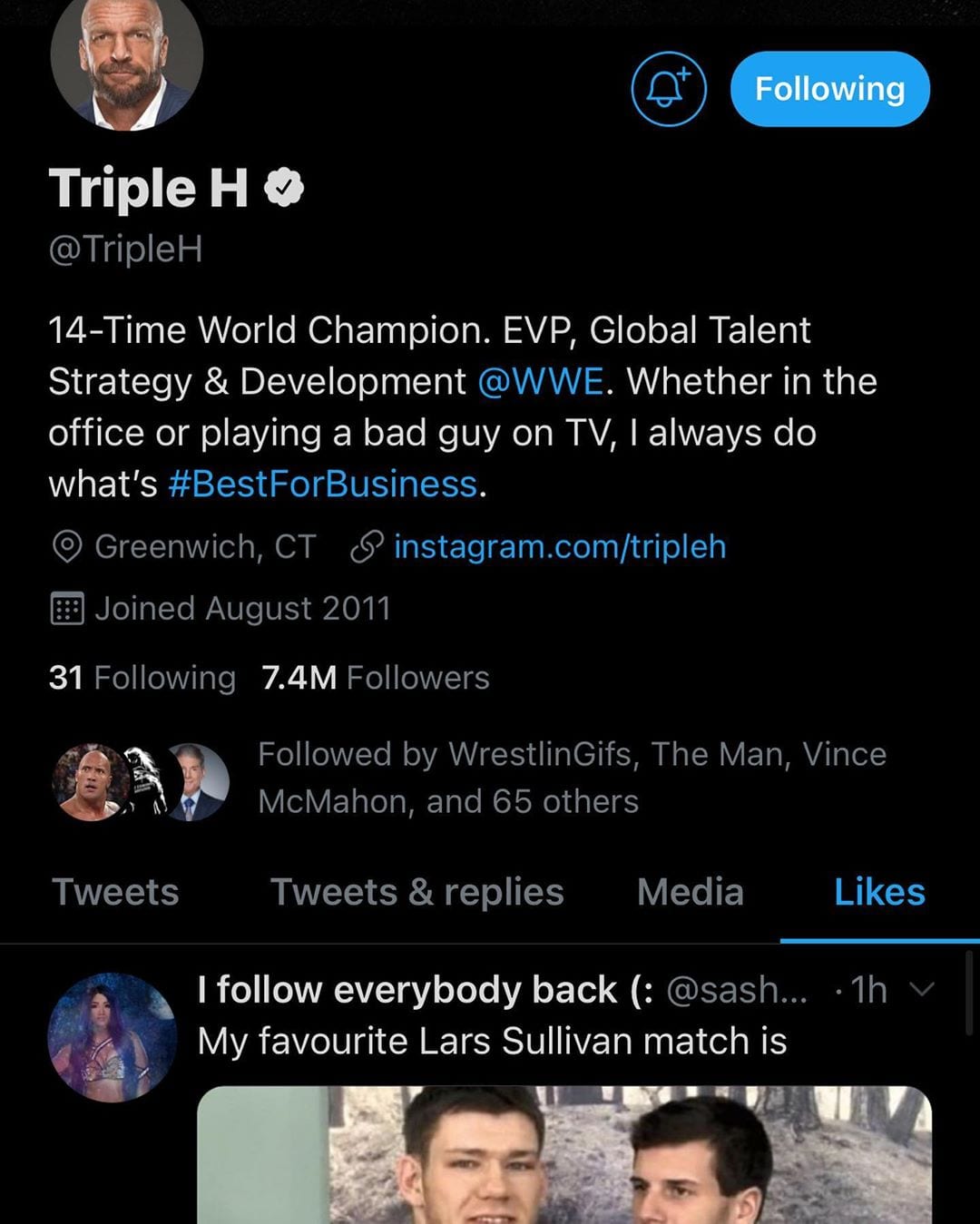 Below is video proof that Triple H indeed liked the tweet: