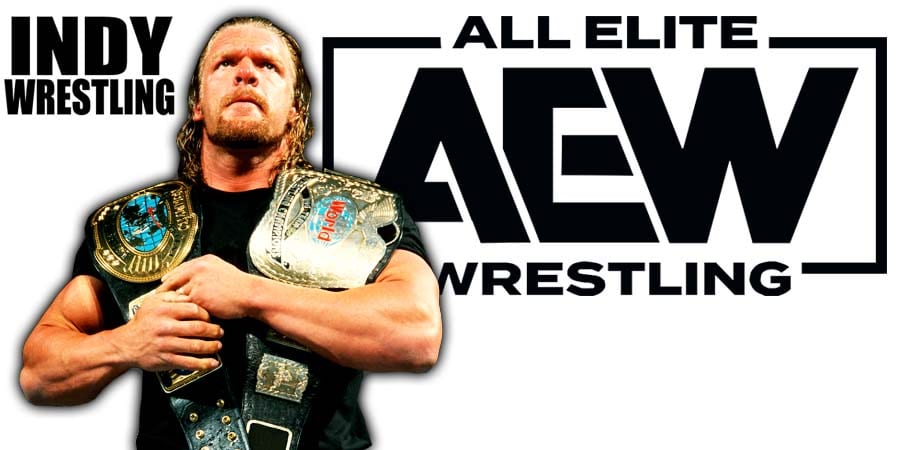 Russo originally started as WWF Magazine editor Vic Venom in 1992 but was promoted to the WWF Booking commission in 1996.

Vince McMahon has confirmed on several occasions, that he ended up using only about 20% of Russo’s ideas, but rejected about 80% of them, so when Vince Russo jumped ship to Ted Turner’s World Championship Wrestling in September 1999 and was given free control as the head booker to use 100% of his own ideas, it was not at all surprising that his creative decisions made them lose a huge amount of money and basically killed WCW financially.

On if NXT will also move to FOX along with SmackDown:

As far as the Fox relationship goes, we’re thrilled and excited to go there, and WWE is working on what that will look like, and the process, and everything else.”

On if NXT TakeOver shifted to Friday during WrestleMania 35 weekend because of NJPW/ROH G1 Supercard taking place on Saturday:

“In general of not wanting to make fans choose and not wanting to make fans have to make a decision about what they want to go to. And it’s just a better business and venue split for us. It really was nothing more – everybody reads into everything and it really was nothing more than that, it was the right business move for us.”

On if WWE is keeping an eye on All Elite Wrestling:

And I know you’ve heard it said that, ‘In the business world today, when you’re a content provider, you compete against everything, including sleep, including the internet and everything else.’ Everybody has 1000 pulls on their time, on a daily basis. So you want to keep your eye on everything and try to be as relevant as possible at all times, on every front.

We continue to monitor that like we monitor everything, and we’ll continue to do what’s best for business – for the WWE.”