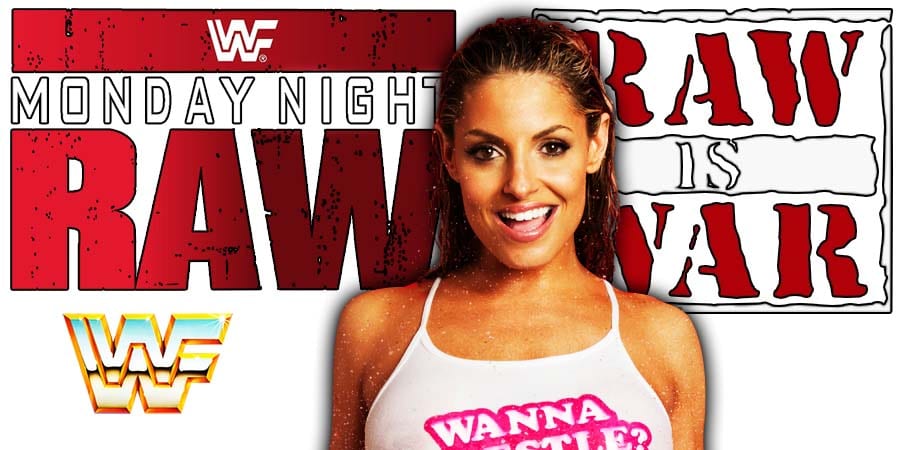 On this day in Pro Wrestling history on October 23, 2005, Total Nonstop Action! aired ‘TNA Bound For Glory 2005’ LIVE on PPV from the TNA Impact! Zone in Orlando, Florida.

The Tagline for this pay-per-view was “A Time for Greatness”.

Kevin Nash, who was booked to wrestle NWA World Heavyweight Champion Jeff Jarrett for the title in the main event, wasn’t cleared to wrestle because of a medical emergency, so he was replaced by the winner of a 10-man Gauntlet match, Rhino.

• Trish Stratus Got Exposed On RAW 19 Years Ago Today (Video)

19 Years ago today on WWF RAW Is War, now WWE Hall of Famers Trish Stratus and Lita faced each other in a “Bra & Panties” match for the WWF Women’s Championship.

Lita stripped Trish to win the match and retain the WWF Women’s Title.

You can watch an exposed Trish Stratus after match below: