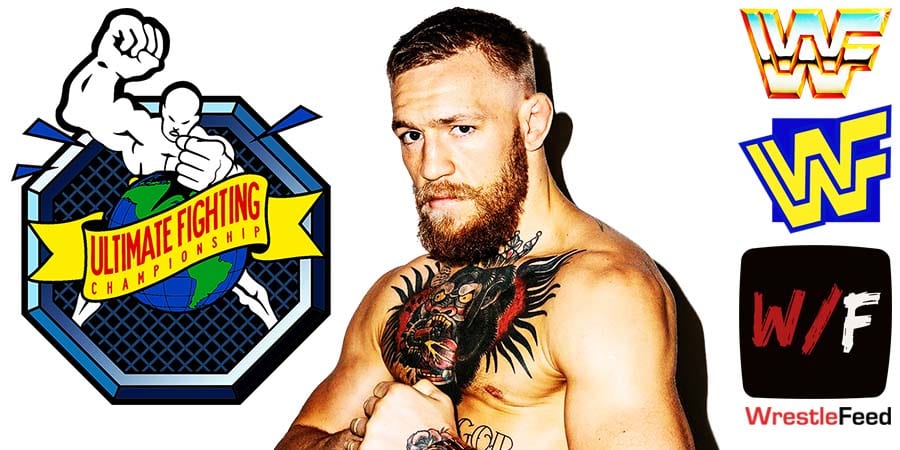 In the main event of tonight’s UFC 274 pay-per-view, Charles Oliveira made Justin Gaethje tap out in the first round of their Lightweight (155 lbs) bout.

Charles missed the weight by 0.5 lbs, so he had to vacate the Title. Only Justin had the opportunity to win the vacant Title in this fight, but he lost.

Charles’ next fight will be for the vacant Lightweight Championship. When Joe Rogan asked him who his opponent should be, he picked Conor McGregor.

Below are the results from the UFC 274 main card:

– Michael Chandler def. Tony Ferguson via KO (front kick) in round 2 of their Lightweight (155 lbs) bout

– Charles Oliveira def. Justin Gaethje via Submission (rear-naked choke) in the 1st round of their Lightweight (155 lbs) bout

You can watch Chandler’s brutal KO of Ferguson below:

After his win, Chandler called out Conor McGregor for a fight at 170 lbs:

Chandler called out McGregor after his KO win 🗣 #UFC274 pic.twitter.com/m7Rk5jTrvE

It was broadcasted from the Nassau Coliseum in Uniondale, New York and featured matches, interviews & segments, on the road to the ‘WWF Judgment Day 2001’ PPV.