Social Media Sensation Hasbulla has officially signed a 5-year contract with the UFC.

19-Year-Old Hasbulla, who has growth hormone deficiency, rose to fame last year after a press conference was done to promote a fight between him and his rival Abdu Rozik (who has a similar genetic condition).

“Hasbulla signed a 5 year contract with UFC! So far in the plan – attending tournaments, media activity.

We will not talk about the amounts in detail, but many fighters do not get that much.”

Hasbulla attended UFC 267 last year and even came into the Octagon after a fight. He met UFC President Dana White as well.

Dana had the following to say about Hasbulla’s star power:

“So I’m going to tell you something. So the video that he sent saying ‘Dana White I’m coming to Abu Dhabi and UFC’, so when I posted that with me on the plane saying ‘I’m coming’, it’s the biggest post that I’ve ever posted.

I have 6.7 million followers on Instagram, 6.4 million people watched that video. Is that f**king crazy?!”

When asked if Hasbulla could fight in the UFC, Dana said:

“I love the kid. Is there more than a zero percent chance? Yes.” 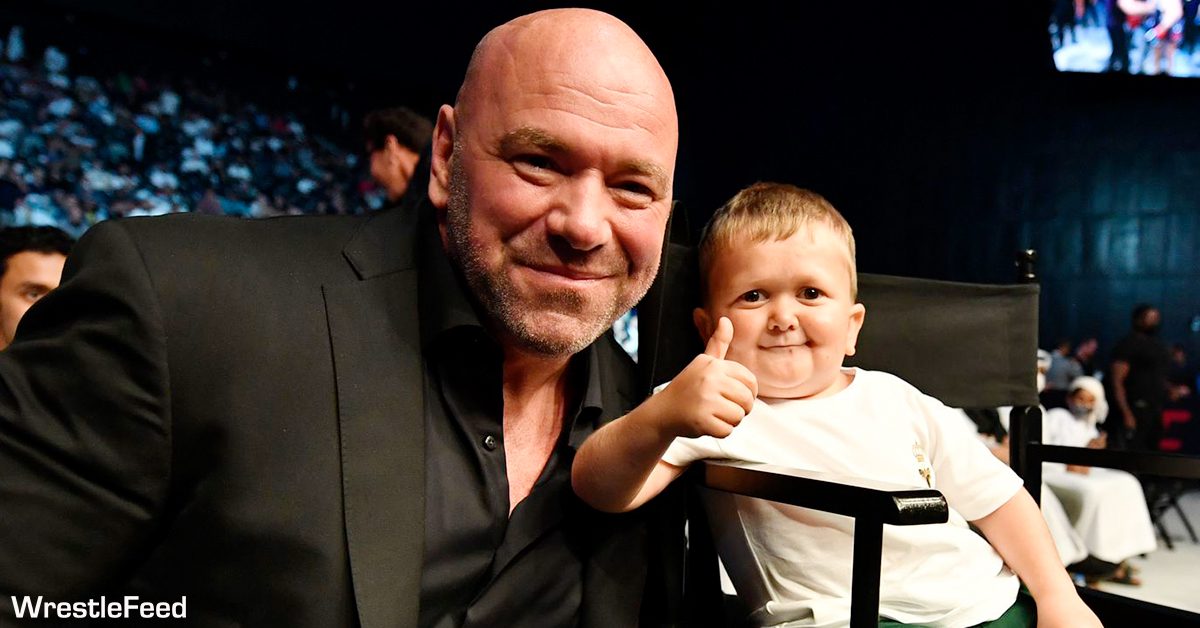 “I’d love to boot that little g*mp Hasbulla over a goal post. How much to get him on the volley? I’m going to make it my mission to score a 3-pointer with him one day.”

This led to Hasbulla replying:

“I don’t follow bums, didn’t know someone was running their mouth.

At least one of us kept an undefeated record. Hasbulla 1, McGregor 0.

I have my UFC contract now. If you are really a man, see me in Abu Dhabi. Got smashed by Khabib already. Guess his money from Mayweather ran out and he needs more attention.”

Also Read: WWE Made A Big Money Offer To Hasbulla

This episode featured pre-taped matches & storyline segments on the road to the ‘WCW Fall Brawl 1997’ PPV.