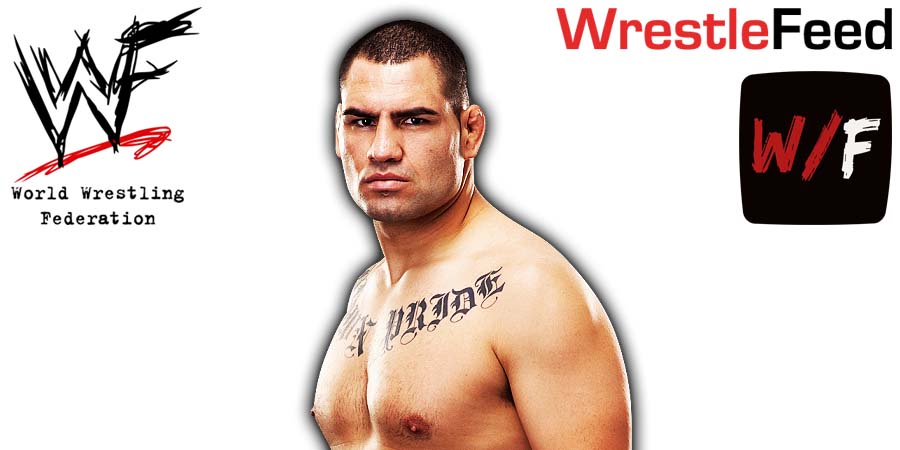 When Cain wanted to make the transition into professional wrestling and joined WWE in 2019, his brief run was anything but successful though.

After losing to Brock in 2 minutes at the WWE Crown Jewel 2019 PPV (October 31, 2019) in Saudi Arabia and winning a Tag Team match at an untelevised Mexico City House Show (November 30, 2019), he was pretty much done and was released from his WWE contract in April 2020 due to COVID-19 related budget cuts.

Here’s what Velasquez told Cyrus Fees on the ‘In This Corner’ podcast, when asked about his time in WWE:

“The scenario I was in, that moment, not having any experience in that world. When COVID hit, I couldn’t go anymore. You need to develop in this sport. If you want a certain product out of me that I can produce, you have to give me time.

I just needed time and needed to be in there and practicing to make it second nature to where I wasn’t thinking when I’m out there. I wasn’t there yet and I was thinking so much and you could tell I was thinking. It’s just developing.

The Lucha is a different style and it translates for me a lot better and smoother.”

He’s set to make a pro wrestling comeback in December 2021. He’s scheduled to work show for the AAA promotion in his home country of Mexico.