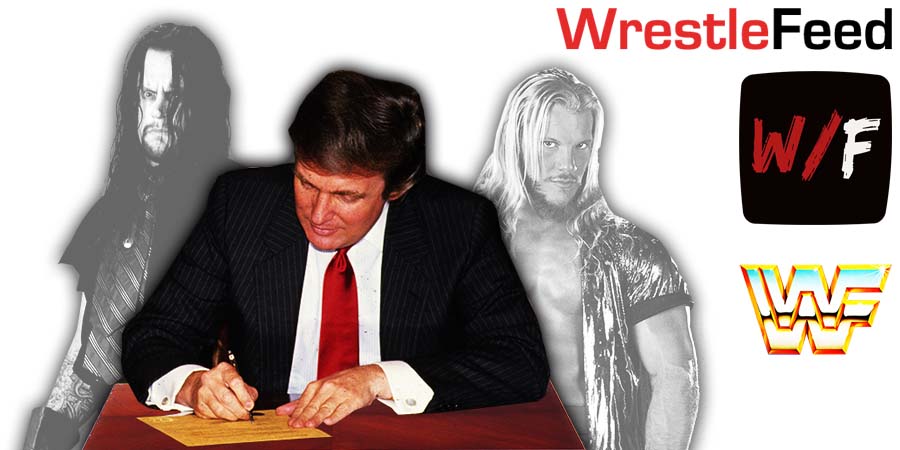 Elections in the US take place next week. Some wrestling stars are publicly endorsing their choice, while others are quietly showing their support.

The Rock and Batista recently endorsed Joe Biden for the Presidential Elections.

On the other hand, fellow wrestling legends The Undertaker and Chris Jericho are in favor of Donald Trump.

Below is a screenshot of Jericho’s donation:

Below is a screenshot of Undertaker’s donation:

– The Texas Tornado vs. Brian Costello

– The Legion of Doom/Sid Justice Interview