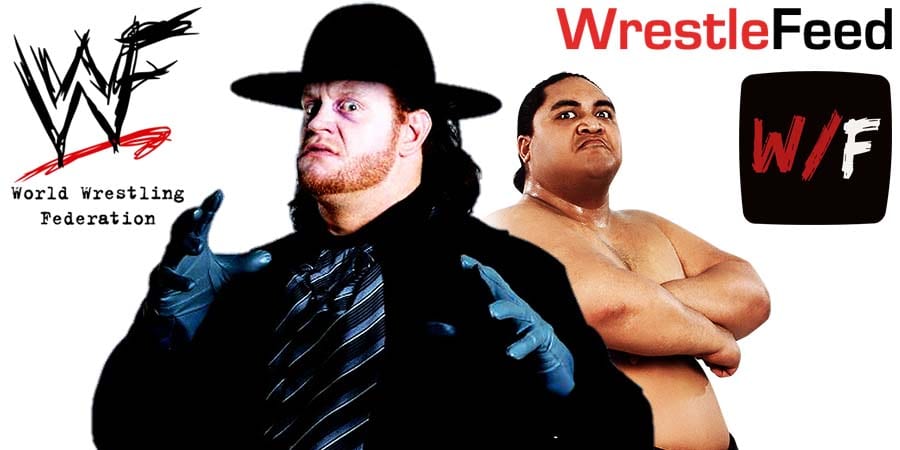 During a recent interview with Corey Graves on WWE’s After The Bell podcast, The Undertaker was asked about his memories of the late, great WWE Hall of Famer Yokozuna.

Undertaker got a little emotional while talking about him, as they were very good friends.

Taker talked about how he pleaded Vince McMahon to book him to work with Yoko, as he was impressed with how good Yoko could work for his size and also revealed a funny story while they were having a match.

In the end, Taker said they had really good times together and that he was a dear friend that he really misses.

“We had such good times together. I loved working with him. Just a dear, dear friend that I really miss.”