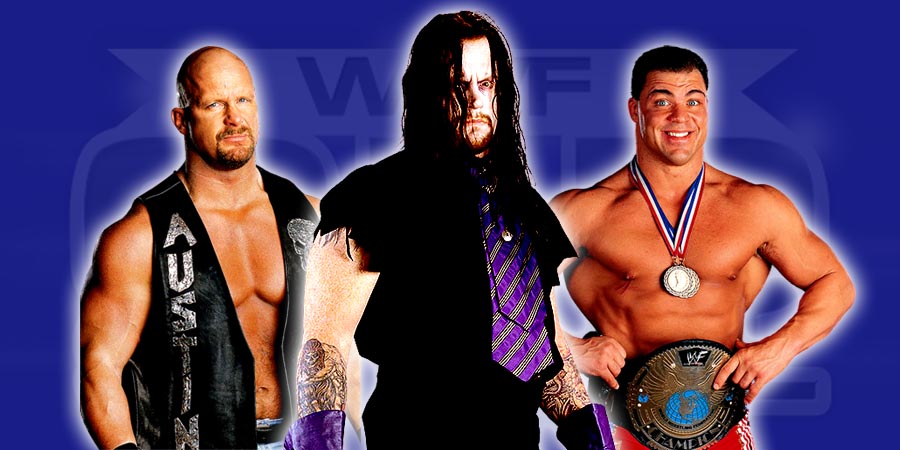 The Undertaker is a WWF/E legend. Nothing is more old school than the Deadman, having been present for every single WWF/E era since the Golden Era.

One of his greatest attributes is his ability to constantly put on 5 Star matches, especially as he has gotten older. Who could ever forget his classic battles with Shawn Michaels WrestleMania 25 and 26? Or his legendary Hell in A Cell match with Mankind? And remember his iconic Inferno match with Kane? Thus, when you’ve wrestled for 26 years in WWF/E and constantly deliver classic bouts, it’s understandable that some may be overlooked, even anticipated rematches and title matches too. Let’s take a look at some of the Undertaker’s most underrated battles.

The Undertaker and Kane have had some legendary battles over the years. Everybody remembers their war at WWF WrestleMania XIV when Kane came very close to ending the Streak. Furthermore, the image of that Inferno Match at Unforgiven will always be etched into our memories. However, their rivalry in 2010 wasn’t very well-received at all. The Undertaker was hurting badly, suffering from multiple injuries. Their Hell In A Cell and Buried Alive matches were not very well received. However, their No Holds Barred match at Night of Champions 2010 is actually quite a hidden gem that people seem to have forgotten about. It wasn’t pretty and it wasn’t a perfect wrestling match. But it was everything you would expect from these two monsters – a violent, graphic brawl between two vengeful warriors.

The No Holds Barred stipulation allowed the match to be brutal and completely out of control, spilling into the aisle-way and the crowd. It told a great story and made for an entertaining matchup that cleverly concealed the noticeably slower Undertaker. It also marked the first time Kane came out on top between these two on PPV. Not the best match between the Brothers of Destruction, but certainly the best of their 2010 rivalry…by far.