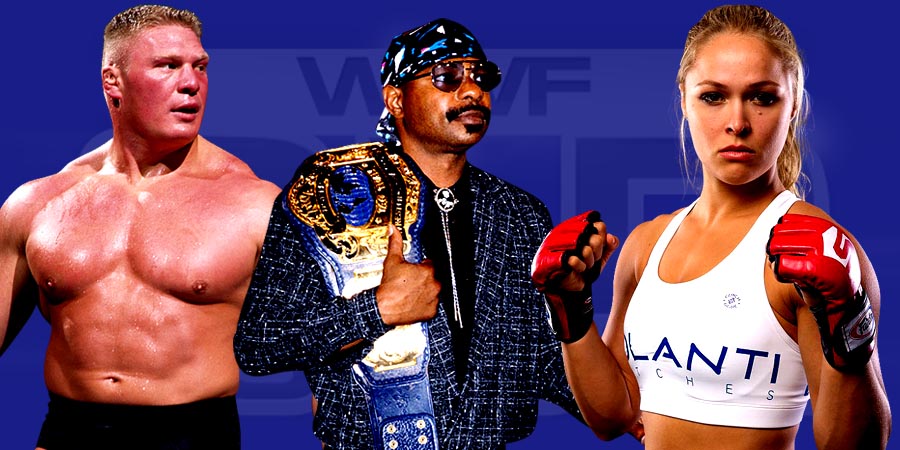 8. Adam Rose’s New Ring Name & Character
Former WWE wrestler Adam Rose recently revealed that his ring name from now on will be Aldo Rose. He will still do the “party gimmick” he had in WWE but noted that it’s going to be better and Non-PG.

A fan asked Rose his true thoughts on Vince McMahon. Below is what he said:

@Aegis_Rose your honest thoughts on @VinceMcMahon? No holding back Adam

For all those wrestling fans who watch MMA as well, Kimbo Slice has passed away at the age of 42. For those who don’t know him, Kimbo defeated former WWF Intercontinental Champion Ken Shamrock via Knockout at last year’s Bellator 138 PPV event. Below are the weight-ins for that fight:

Below is what UFC posted:

UFC is saddened to learn of the passing of Kevin Ferguson, known to fans around the world as Kimbo Slice.

Slice will forever be a part of UFC history as a contestant on season 10 of The Ultimate Fighter in 2009, and for having fought twice inside the Octagon at The Ultimate Fighter Finale and UFC 113. He carried himself as a true professional during his time in our organization.

While he will never be forgotten for his fighting style and transcendent image, Slice will also be remembered for his warm personality and commitment to his family and friends.