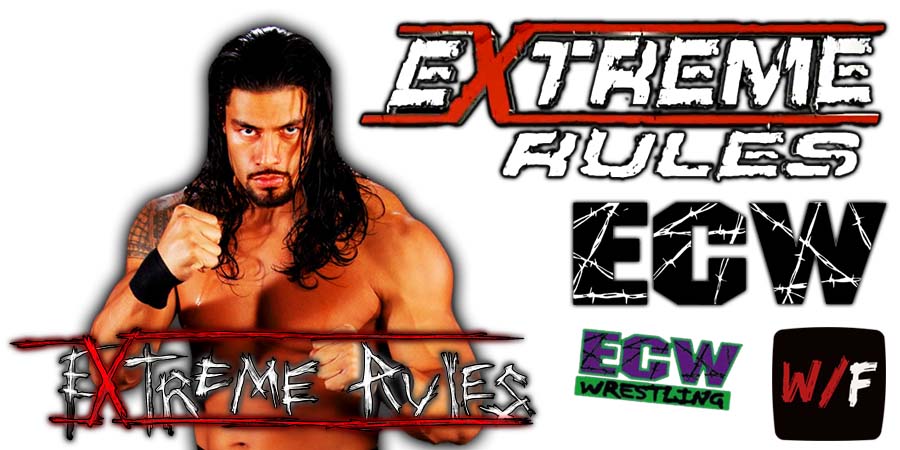 WWE just announced that Roman Reigns will defend the Universal Championship against Finn Balor at this month’s Extreme Rules 2021 pay-per-view.

As we have reported before, Balor is expected to use his “Demon King” persona for this match, as teased at the end of last week’s SmackDown after Reigns defeated him to retain the Title.

However, WWE hasn’t announced that yet. As of now, it’s a simple rematch.

The reason Balor is getting a rematch is most likely the fact that he was attacked by The Usos prior to his Title match against Roman on SmackDown.

If WWE wants to extend this feud, then they can always save the Demon King move for a later PPV, and book this rematch with an extreme stipulation, since the PPV is Extreme Rules.

– Paul Burchill vs. Scotty Too Hotty