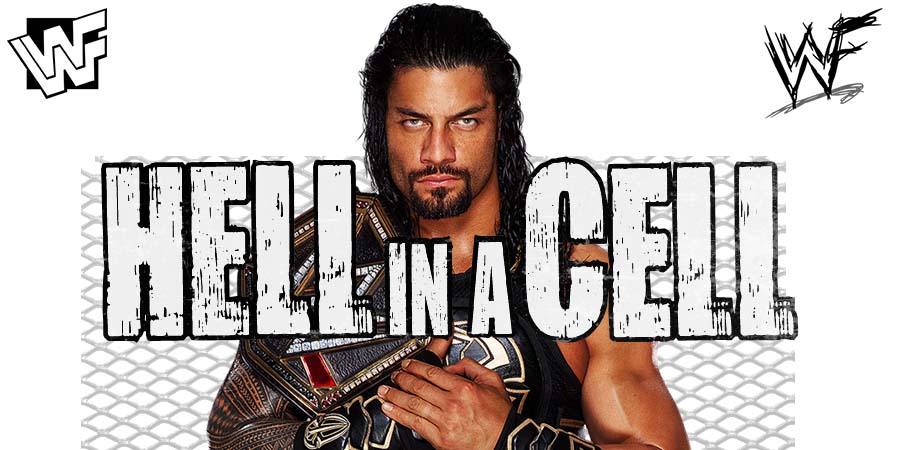 It was broadcasted from the Carolina Coliseum in Columbia, South Carolina and featured matches & storyline segments on the road to the ‘WCW Fall Brawl 1997’ PPV.

– The Faces of Fear Vs. Wrath and Mortis

• Universal Title Match Revealed For Hell In A Cell 2018 PPV

AT&T Center has now updated the match-card for next month’s Hell In A Cell 2018 PPV and it is advertising Roman Reigns vs. Braun Strowman for the Universal Championship as the main event of the show.

Also, Ronda Rousey is being advertised to defend her RAW Women’s Championship against Alexa Bliss at this event.

Only two matches have been officially confirmed by WWE for the PPV so far:

Below is what AT&T Center’s website posted regarding the Hell In A Cell 2018 match-card:

“WWE: HELL IN A CELL

Hell In A Cell is coming to San Antonio!

This will be your chance to see:

plus many more of your favorite WWE Superstars!”