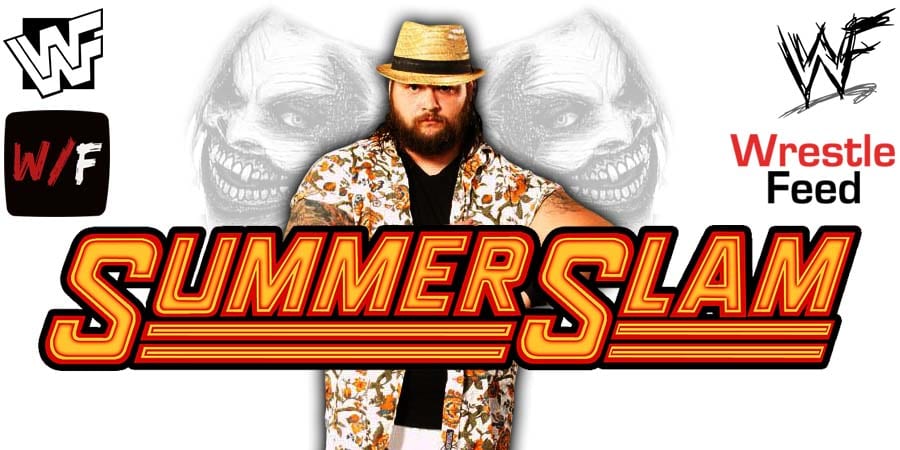 There are different stories making rounds on the Internet regarding why we haven’t seen Bray Wyatt on WWE TV in a while now.

On the other hand, PWInsider is reporting that WWE Officials are keeping Wyatt off TV “on purpose”.

While no one can confirm whose report is correct, it looks like Wyatt’s return date is near.

After WWE announced the date and venue for SummerSlam 2021, Wyatt replied to it with a GIF of his own character to tease that he might return for the biggest event of the Summer.

Ted, who is considered one of the strongest Pro Wrestlers in history, wrestled for the WWF until February 1987 and then went to wrestle for Stu Hart’s Calgary Stampede Wrestling and Fritz Von Erich’s World Championship Wrestling.

His biggest claim to fame during his wrestling career was being an entrant in the famous WWF/NFL Battle Royal at WrestleMania 2.