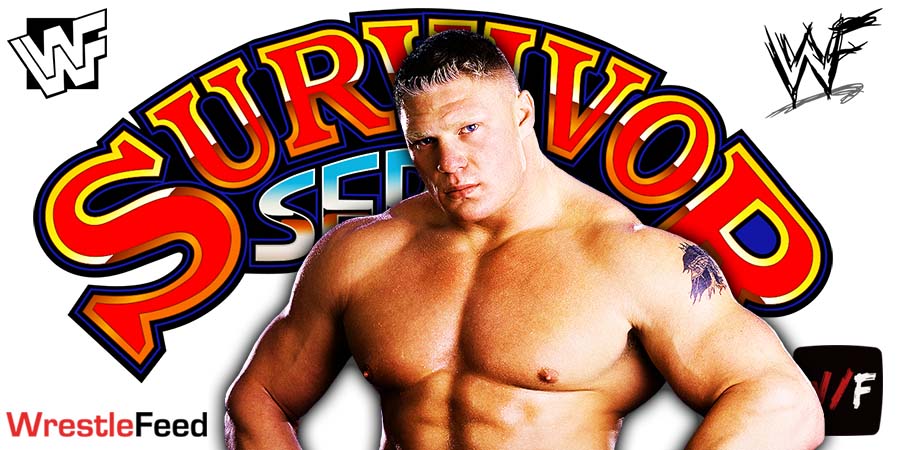 For attacking Adam Pearce and other WWE Officials on SmackDown after Crown Jewel, Brock Lesnar was indefinitely suspended and fined $1 million.

Megan Morant asked Heyman about Lesnar’s status after the PPV went off the air, and the only thing Heyman said is that Megan is supposed to be pretty, not smart.

.@HeymanHustle offers some counsel to @MeganMorantWWE but is ticked off by the inquiries into the status of @BrockLesnar. #SurvivorSeries pic.twitter.com/BBj72WnrTp

Lesnar will return to the blue brand next month as a “fan”.

“The suspended Brock Lesnar vows to buy a ringside seat in Los Angeles for WWE Friday Night SmackDown on December 10!”

The suspended Brock Lesnar vows to buy a ringside seat in Los Angeles for @WWE Friday Night Smackdown on December 10! Get yours: https://t.co/uHliSwMDxt pic.twitter.com/euSyXGDNOL

On a recent edition of WWE’s The Bump, Paul Heyman said the following about Lesnar’s suspension: