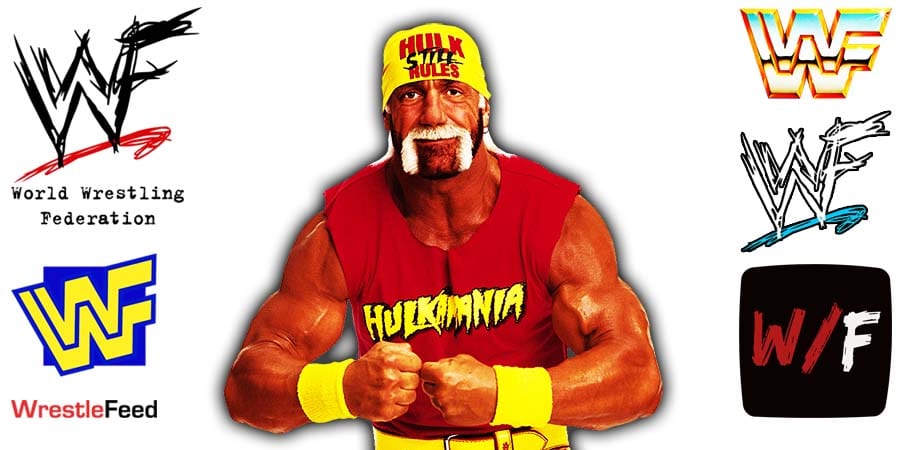 Legendary Old School WWF/WCW Manager Jimmy Hart appeared on the latest episode of the ‘Stories with Brisco and Bradshaw’ podcast, where he talked about Hulk Hogan and provided an update on The Immortal One’s recent health issues.

On how he met Hogan back in the day:

“Well, I originally met him in Memphis. I didn’t know him that well. Then we met back in New York. He said, ‘I thought you were coming in to manage me.’ I said, ‘No. I’m coming in as a heel manager.’ I had King Kong Bundy, who I had in Memphis, and Jim Neidhart. Hulk and I didn’t travel a lot together because of the babyface/heel, but we bonded.”

On getting along very well with Hulk:

“I went to his house and did the little parties with him and helped set him up. Then we cut a wrestling album together, The Wrestling Boot Band. We always bonded doing stuff. Then he would take me along the trips that he would go on.

He would say, ‘I want Jimmy Hart to be with me for this’, because he knew I didn’t drink, do drugs, or be around any of that stuff. With Hulk, we would always sit and talk about a certain thing. What do you think about whatever, and then try to make it better.”

On The Hulkster’s current health issues:

“Well, he’s doing a lot better. Still, after 12 back surgeries, hips, and knees, he’s doing so much better. He’s been taking this therapy every week and it’s been really improving him more and more so he can get up and get about pretty good now.

He still looks good. He always has the hair and has the tan. His upper body is unbelievable. He always looks the part. He can still do an interview at the drop of a hat. He knows what to say and when to say it. He is such a magnet. People love him no matter where we go. It’s crazy.”

Despite originally being a heel manager, Jimmy Hart turned babyface to manage Hulk Hogan in 1993 (WWF) and from 1994 until 1995 (WCW).

Aside from DeBeers’ AWA days (1985 – 1991), he also wrestled for the Pacific Northwest territory (Portland Wrestling), as well as Herb Abrams’ UWF.

In 1983, he had a few matches in the World Wrestling Federation as “The Polish Prince”.